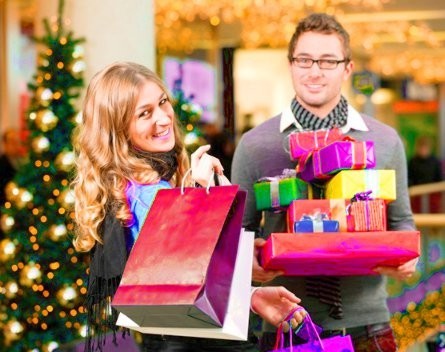 More businesses are hopeful of a profitable Christmas season despite a relatively downbeat year, with expectations rising to some of their highest levels of the past 12 months.

The latest Dun & Bradstreet results also come after the latest Westpac consumer sentiment survey showed Australians were more confident about themselves and their financial positions after the election came to a close.

The survey shows 28% of businesses expect to increase their profits during the next three years, with only 7% expecting a reduction. As a result, the index measuring profit expectations is up to 21.1 points, from 13.2 points in the previous quarter.

While the last quarter of the year is traditionally the brightest when it comes to expectations, seeing as retailers make most of their money during the holiday months, D&B notes this season has also been buoyed by the wrap-up of the federal election.

The results say as much – 65% of businesses surveyed said they were more confident about business conditions after the election.

Retailers in particular have a positive outlook – 25% say they will increase profits, and that figure rises to 31% among smaller businesses.

“Significantly for retailers, the widespread discounting which occurred earlier in the year does not appear to be tied to their current expectations for improved activity, with the majority intending to keep their prices unchanged,” D&B said.

“Across all sectors surveyed, the selling prices index is steady at 10.2 points, up marginally from 9.4 points in the previous quarter.”

Selling prices have taken a tumble to a 24-year low of 2.5 points, with many companies having dropped their prices. But recent fluctuations in the dollar give this metric some hope – 58% of businesses expect to experience no impact from the current level of the dollar, and 34% expect a positive one.

Sales expectations are solid, up from 4.9 points to 7.9, with hope that interest rates will provide some stimulus.

However, there is some bad news for hiring – more businesses plan to reduce headcount during the fourth quarter.

Overall, however, economic advisor Stephen Koukoulas says the results are positive – so much so they could even lead to a rise in interest rates next year if the overall economy improves.

“Low interest rates and the weaker Australian dollar are now showing up quite directly in activity and the mood of the business sector.

“The positive signs for the economy from the survey all but close the door on talk of a further interest rate cut from the RBA.”