Buy a vowel – and make your name stand out! 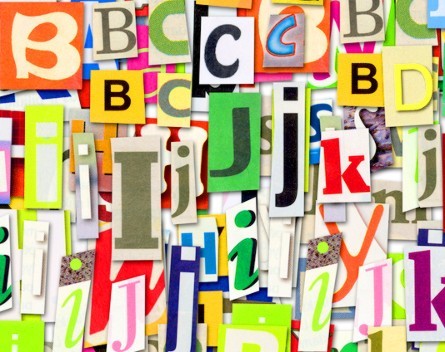 Are you trying to pick a name for your business? Looking for something really unique? Old Taskmaster has a radical idea that will make you stand out from the start-up crowd.

Now, for some of you young whippersnappers, I’ll admit it might be tough to imagine, but bear with me.

In this strange land, product and company names generally communicated information about the company.

Sometimes, a business would be named after its founder. For example, Myer’s department store was founded by Sidney Myer, while Grace Brothers was founded by Albert Edward and Joseph Neal Grace.

An alternative was to name products based on where it was from. No prizes for guessing where the cannery for SPC, the Shepparton Preserving Co-operative, was (and yes, it was a farmers’ ‘co-op’ before it was a ‘company’).

Others opted for names that describe what the company did. As shocking as it sounds, International Business Machines was an international company that sold business machines.

Sure, there were products with misspellings and poor grammar – Old Taskmaster is looking at you, Weet Bix – but those products stood out from the crowd by virtue of their unique name.

Even in the early days of the computer revolution, brands like Digital, Commodore, Apple, Radio Shack, Acorn or Atari at least chose sensible names.

Like goth kids in high school playground, everyone decided to be unique – by doing the exact same thing as everyone else.

It might have been the influence of rock and roll bands, from the Beatles to Motörhead. It could have been the camel case commands in various programming languages (as if anyone who ever typed ‘WriteLn’ needed another reason to hate Pascal). It was, possibly in large part, due to the success of the iMac and web squatters claiming every word in the dictionary.

Then there’s the letters replaced with an upper case X, sort of like the “X Games”. After all, it might not be immediately clear to the casual observer that optimising a database query in PHP is really an extreme sport, like a skydiving contest.

That’s before you get the PR reps who insist that a Welsh-looking company name that would not look too out of place near the town of Llanfairpwllgwyngyll must be spelled in a particular Pantone shade of red, lower-case italics.

With that type of pressure, it can be tough to stand out.

Well, Old Taskmaster says this: If you’re choosing a business name, it’s time to do something really radical. Something to make you really stand out against all the other tech start-ups out there.

That’s right, it’s time to buy a vowel! No italics, no unnecessary ‘i’ or ‘e’ at the start of your company name. It’s time to really stand out from your competitors – by choosing an old-fashioned, grammatically correct business name!