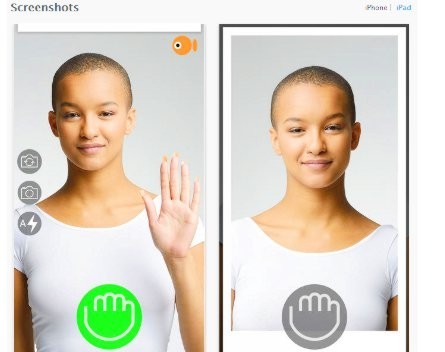 A Swedish startup aims to make the lives of smartphone users a little bit easier with the launch of a touch-free selfie app.

GoCam, a new app by Crunchfish, allows users to trigger a photo without having to touch their screens. Instead, people can take a photo or video with a simple hand gesture while being up to three metres away.

Crunchfish claims GoCam solves the problem of selfie-takers having to “rush” into their best pose. The company, which specialises in touch-free interaction technology and is based in the Swedish city of Malmo, has launched the app in both Australia and Sweden, with availability promised for more countries soon.

In a statement, Crunchfish chief executive Joakim Nydemark says the app demonstrates what gesture interaction technology is capable of.

“GoCam really brings a magic user experience to your device that opens up a new dimension of exploring photography,” he says.

The app also allows users to edit their photos and take video recordings.