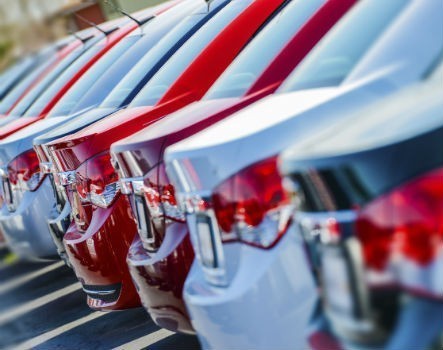 Rivals Carsales.com and Carsguide.com.au will go head-to-head in the Victorian Supreme Court next month, after Carsales.com initiated legal action against its competitor over what it alleges is deceptive and misleading advertising.

The dispute is over an advertising campaign created for Carsguide.com.au that included a stunt involving a lightning embossed blimp that was positioned over the Carsales head office in Melbourne and next to a billboard with the words: “Let lightning strike those who sell your contact details to dealers.”

In a statement issued to SmartCompany this morning, Carsales.com chief executive Greg Roebuck labelled the campaign “misleading” and said Carsales will seek court orders to prevent Carsguide from making the claims and to publish corrective ads.

“We have sent a cease and desist letter to carsguide.com.au but they have this far refused to remove the ads,” Roebuck said.

“We believe that we have no choice but to go to the Supreme Court to stop carsguide.com.au and their attempts to mislead the Australian public.”

Roebuck said Carsales has “an obligation to do the right thing” by its millions of customers and said the company he leads would not have achieved its position in the market, and the trust of its customers, “if we were doing anything untoward”.

“Carsguide.com.au has gone out of its way to imply we’re in the business of selling consumer contact information to multiple dealers,” he said.

“Consumer contact information is only provided to the owner of the specific car that is enquired upon and to no one else. There is no significant difference between the way in which carsales.com.au and carsguide.com.au provide contact details to the relevant dealer.”

But Carsguide has hit back, saying in a statement issued to SmartCompany this morning that Carsales is trying “to take Carsguide’s thunder”.

“We knew most consumers had no idea that when they inquired about a car on Carsales their contact details were being sold to the dealer,” Carsguide chief executive Lauren Williams said in the statement.

“Our campaign aims to drive broad awareness on this little known transaction. We want consumers to have the opportunity to make an informed decision – either be part of the transaction, or use Carsguide where dealer location and name are shown up front.”

Williams said Carsguide had previously used the “same business model as the market leader”, but relaunched its business using a “new open model” in January 2015.

“When I started as CEO, we could see that the old model of hiding information and selling contact details was not a sustainable practice for a modern online business,” she said.

“We re-engineered our business and dealers now pay for views of their cars and not for consumer’s contact details.”

The first hearing in the case is scheduled to take place on July 10.