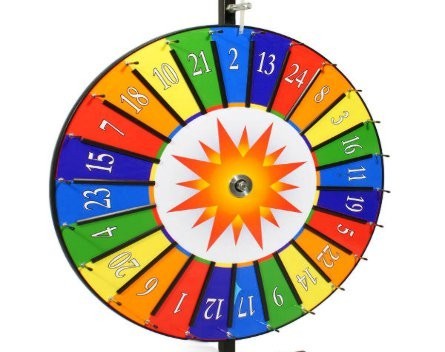 The annual raffle has long been a staple of Australian fundraising for not-for-profit groups.

From schools and hospitals to local sporting clubs and community crèches, institutions of social trust and reciprocity in the land of the fair go are built on the back of this display of civic virtue – by which I mean the chance of winning a donated prize or a meat tray.

Of course, for Old Taskmaster, this presents a fantastic business opportunity at $2 a ticket – or three for $5.

Now, some businesspeople – we’ll refer to them as Strawman McGhee – might call unnecessary community donations of this sort an unneeded expense.

Well, what Old Man McGhee needs to understand is that aside from the tremendous amounts of community goodwill such a donation makes, it also generates publicity at cost price.

For example, just imagine Old Taskmaster donates $50 worth of surplus stock widgets or a $50 widget voucher to the local hospital’s ladies’ auxiliary ahead of their annual raffle.

For the next month, elderly ladies named Mavis sit near railway stations or at the local shops dutifully selling their raffle tickets, regularly mentioning the chance of winning a widget.

“Second place prize is one of those widget contraptions from Taskmaster’s – worth $50 I hear – so it’s a good prize, Sonny Jim,” says a Granny Mavis while volunteering behind the counter of the hospital auxiliary’s second-hand store.

The prize is also listed on hand-photocopied sheets stapled to community notice boards and is mentioned in contra charity ads in the local paper. Local Rotarians and Lions Club members promote the raffle and its prizes between servings of creamed corn soup.

On the big night the raffle is drawn, a crowd gathers at the local town hall. A dignitary – perhaps a local MP, the Lord Mayor or some other would-be power-monger – announces the prize and draws it, with thanks to the community-spirited local business that donated it.

After the event, results for a local community group raffle are manna for the local newspaper. Old Taskmaster even gets a plaque. (Okay, a sheet of clip-art covered paper created on a volunteer’s old 386 PC with a dot-matrix printer commemorating the donation. It’s the lasting proof of civic virtue that counts.)

So do you want some good local publicity? Here’s what you’re going to do: Draw up a list of not for profit organisations in your area. That includes local hospitals, cricket clubs, scout groups, junior basketball teams, hospitals, community kindergartens, Rotary clubs, schools, churches, ethnic clubs, the CWA, RSL sub-branches and anything else you can think of.

Then call them up – or better yet, get one of your junior staff members to call them when it’s quiet. Ask them if they’re planning a raffle this year and, if so, let them know you’re keen to donate a prize.

After all, it’s the community spirited thing to do!