Designer to entrepreneur: Tom Gunn shoots for creativity in the shoe biz 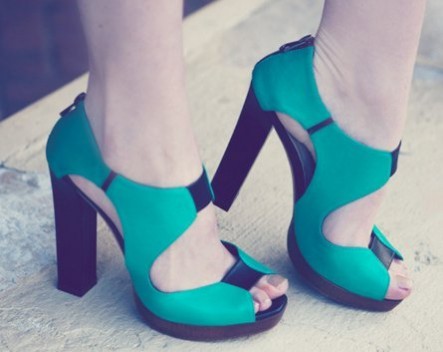 When Gabrielle Thompson and Shannon Gunn quit their jobs as shoe designers for a big company a few years ago and decided to branch off on their own, they knew they needed to build up their business skills quickly.

“We’re definitely designers first, and we weren’t especially business-minded,” says Thompson, who says the training programs and incubator programs they went through were critical to the ongoing success of their shoe and accessory label Tom Gunn.

“It’s no good designing beautiful things if you can’t get it out there and get it sold,” says Thompson. “We had a lot to learn about managing the business side, how to bring your product to market, and cash flow. Cashflow is always a challenge for fashion business.”

The pair graduated from the Creative Enterprise Australia Fashion Incubator run by Queensland University of Technology in 2010.

Thompson and Gunn share the designing, but have separate areas of business responsibilities. Thompson says Gunn looks after the finances, the stores, visual merchandising and marketing, and she looks after the production and manufacturing.

One of the key challenges they’ve had to grapple with as fashion design entrepreneurs is manufacturing issues. They did their own manufacturing until they realised the required price-point was just too high and then went searching for Australian manufacturers, but ended up having to go with a Chinese manufacturer.

“Before us, there weren’t really independent shoe designers in Australia,” says Thompson. “Shoes are quite hard; there is no manufacturing so it’s hard to start selling as you grow. We have to go overseas. It’s a big step to start out.”

In March this year their creative work was recognised by winning the fashion category in the 2013 QANTAS Spirit of Youth Award. They will be mentored by the team at Zimmerman for the next year.

They now have over 15 stockists and have launched their own boutique in Fortitude Valley, Brisbane. They successfully ran a Melbourne pop-up store last year and plan to launch a Sydney one soon.

“We’d love one in Sydney and we’re working on it. But it’s quite complicated because we really need to work in it and on it ourselves, so we need to get down there and no one wants to lease something residential for such a short time,” says Thompson.

She adds that organising insurance for short periods, and creating a quality fit-out that matches the price range of their stock (shoes can be over $400 a pair), is challenging too.

“The whole experience has been a dream come true. A dream with a lot of hard work!” says Thompson.