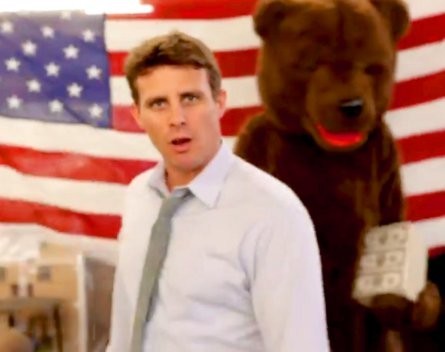 Dollar Shave Club launched last year in the US with a video ad that went viral, racking up nearly 12 million views so far on YouTube.

Since then the mail-order subscription service that delivers razor blades has signed up more than 330,000 members and recently raised $US12 million in investment funding led by venture capital firms Venrock, Comcast Ventures, New World Investors, and Battery Ventures. The company has so far raised $US22.8 million in funding.

It’s now expanding its product range to include Dr Carver’s Shave Butter and One Wipe Charlie’s in the US and soon Australia as it sets out to “own the man in the bathroom”. It also plans to offer other grooming products in the future.

Sam McDonagh, the company’s general manager in Australia, says while the popularity of the first ad helped launch the business, Dollar Shave Club’s continued success was based on its products and service and that they solved the problem of men having to buy expensive name brand razors.

“The video would not mean as much as it does without delivering,” he told StartupSmart.

McDonagh cautioned other start-ups that might consider copying Dollar Shave Club by producing an entertaining video to launch a product.

“At the end of the day there are plenty of videos around the world that people share,” he says.

“It’s what that translates into that counts. That’s something we’ve done particularly well.”

McDonagh adds that the guidance he would offer for other start-ups would be to ask “what problem are you solving”.

“That will decide the level of demand for your product,” he says.

Dollar Shave Club has released a highly anticipated second video ad for its One Wipe Charlie’s product which has attracted more than one million views so far on YouTube.