Easter spending set to hit $3bn: Three key trends to get your teeth into 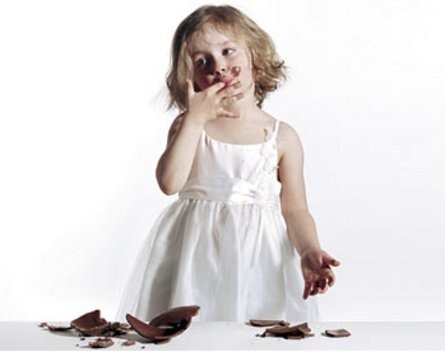 Premium chocolate brands and craft beers are among the firm favourites for Easter this year, with Australians set to spend more than $3 billion opting for at-home celebrations over overseas getaways, according to a new report.

IBISWorld says that Australian consumers are opting for a “back to basics” Easter this year, with traditional celebrations at home taking precedence over overseas trips and restaurant meals.

Across the four-day Easter break, IBISWorld forecasts Australians will spend more than $3 billion, equating to $132.85 per capita – a slight increase on the $130.33 per capita Australians spent last year.

The findings are in line with the latest Roy Morgan Consumer Confidence rating, which shows consumer confidence is up to 122 points – 11.4 points higher than at the same time a year ago.

Here are some of the key trends and tips for Easter spending in 2013:

However, many Australians will choose dark, organic chocolate over traditional favourites.

“Dark chocolate is expected to be a popular choice this Easter… Sustainability will also be on people’s minds, with fair trade chocolate tipped to be a favoured gift.”

In addition to dark and fair trade chocolates, Dobie anticipates consumers’ love of luxury will also come to the fore, with brands such as Lindt and Haigh’s enjoying increasing demand.

Since many people plan on celebrating Easter at home, Dobie says supermarkets and butchers can expect a boost in spending on traditional barbeque fare, while fishmongers and liquor retailers will also do well.

IBISWorld anticipates fish and seafood expenditure to enjoy growth of around 4.9%, with seafood extending its popularity from Good Friday – when many Australians abstain from eating red meat – to Easter Sunday.

Russell Zimmerman, executive director of the Australian Retailers Association, says food retailers need to think about how best to promote their products.

“If you’re a general store selling Easter bunnies, you should be predominantly displaying them,” Zimmerman says.

“There’s also an opportunity there to perhaps market your Easter bunnies with another product. It’s not just about Easter bunnies – it’s about doing something else to sell with it.

“Try and add that extra product in that you want to try and promote.”

This year, IBISWorld forecasts Easter holiday and travel spending will grow by just 3.9%. However, domestic travel will be more popular than short breaks overseas.

“This year most of us will be limited to domestic destinations – using the break to visit family and friends rather than splurging on international trips,” Dobie says.

According to the Australian Bureau of Statistics, Australians spent approximately 5% more on overseas travel during the past Christmas holidays than in 2011.

This suggests Australians will be reining in their spending during subsequent holiday periods, including Easter.

“Easter falling outside of the school holidays in some states will also have an impact on international travel,” says Dobie.