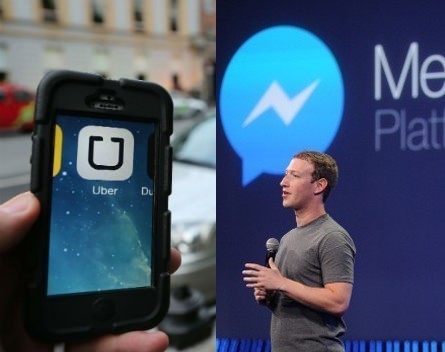 Two tech giants have teamed up to allow users to make plans through Facebook Messenger and then book a ride to get there without having to leave the app.

Facebook has launched its transportation mode on Messenger and Uber is the first partner.

The way it works is very simple – users just need to tap the more menu, select ‘transportation’ and then book an Uber. They will then receive updates about the lift through Messenger.

It follows in the footsteps of other messenger services that are looking to expand their offerings and become an ecosystem of services rather than just a message provider.

WeChat has incorporated numerous other services, and Facebook already allows users to transfer money through the platform and is testing an artificial intelligence helper called M.

“With this new feature you can request a ride from a car service without ever needing to download an extra app or leave a conversation,” Rosenberg says.

“It’s super easy and doesn’t take you away from the plans that you’re making with your friends and family.

“Whether you’re meeting friends for lunch, on your way to a concert or running late for work, Messenger and our partners can get you to your destination faster.”

With Facebook offering the first ride for free, it’ll expose Uber to the over 700 million Messenger users.

Facebook says the transportation will also soon include other companies and the service will be available outside of the US “soon”.