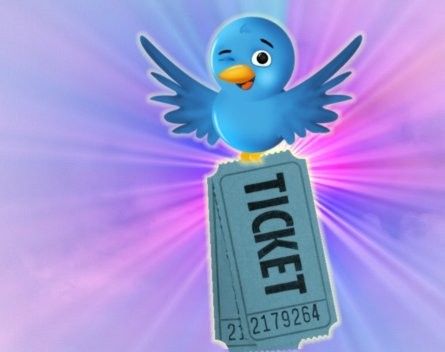 Two of Scotland’s leading politicians illustrate an interesting phenomenon on Twitter. In the wake of the Scottish National Party’s surge in popularity following the independence referendum, Nicola Sturgeon and Alex Salmond have both gained large numbers of followers. Both have now amassed more than 100,000 each, with Salmond out in front with about 139,000. A high proportion of them are fakes, however.

These fakes might be what social media specialists call “sock puppets” – fake accounts of individuals pretending to be someone else. These online imposters often follow celebrities to make themselves look more authentic, along with other tricks that include constant automated re-tweeting and constantly following and un-following other users.

What is the point of these sock puppets, you may be wondering. One obvious advantage is that they can be parcelled up and sold in batches to people and organisations seeking extra Twitter followers.

Social media is one of the fastest-growing areas of marketing. One study in which I was involved concluded that there is indeed no such thing as negative publicity if Twitter is used effectively.

Organisations and individuals realise that having a healthy social media following increases trust from prospective customers. You want everybody to know your business is popular. You can build a strong following by developing good content and relationships with other users, particularly those who will either help amplify your message or act upon it.

This takes time, however, not to mention the human resources required to plan and engage with your following. So people are sometimes tempted to take shortcuts, including buying Twitter followers, retweets, Facebook likes or YouTube video views. You name it, it can be bought. Sometimes they might do it themselves; sometimes it might be the social media agency that manages their account, or even a sub-contractor.

Nor does this cost a great deal. Visit some websites offering these services and you find that thousands of Twitter followers can be had for as little as £5.

Such shortcuts certainly seem to be popular. Data from the Google AdWords keyword research tool shown below reveals that on average, more than 40,000 searches are conducted per month that use the keyword “buy twitter followers”.

Is it worth it?

If the followers are simply accounts that do not have any human interaction or just re-tweet everything that your account says, they are of very little value. A number of studies suggest that simply having a large number of followers does not indicate that you have an influential Twitter profile.

What is more important is that viewers can see that the account has been recently updated and the content is not simply a monologue about the great things that the organisation offers. Twitter is a social platform and although there is room for sharing content, it is also about listening and engaging with others. If an account interacts and replies to its audience, it is usually much more useful and influential compared to an account with thousands of followers but does not tweet to them.

A number of tools exist that can help people analyse the value of their Twitter profile. For instance Sprout Social looks at engagement and influence. Here’s what it makes of Alex Salmond (139,000 follows) compared to Salford Business School (2,000 follows):

Salmond might have vastly more followers, but his account actually scores slightly lower than our business school. It is worth pointing out here that you would expect an account that has lots of fake followers to score badly on these metrics.

Another good analysis tool is FollowerWonk. Here’s what it has to say about David Cameron, Nicola Sturgeon and Salmond:

I’ve included the follower numbers for context, but you can see that criteria such as engagement, average followers per day, total tweets and average tweets per day are also used to show the success of an account’s performance. We can clearly see that Nicola Sturgeon is much more active compared to the other two accounts. David Cameron is still attracting more followers per day, however, which could be due to his high profile or because he is a more popular target for those celebrity-following sock puppets.

It is worth adding that fake accounts are not something Twitter encourages, as its spamming rules make clear. Twitter wants to remove and suspend these accounts, partly because it could undermine its own advertising-based business model. This is backed up by advertising regulators such as the UK’s Committee of Advertising Practice, whose non-broadcast-advertising code requires that any paid social-media endorsements be declared to the consumer of that information.

In short, purchasing fake Twitter followers is both a waste of money and considered spam. It is not about your number of followers but how engaged they are and how useful these are in pursuing your objectives.

On the other hand just because an account is not behaving as expected by the norm – not tweeting, for example – it is not to say it is a fake. The vast majority of internet users are “lurkers” – interested to read content but don’t want to share their views. If you are one of these lurkers, beware. Your account might be suspended or blocked if you don’t change your image from an egg to your profile and you don’t attempt to engage with others!