Five Aussie celebrities who have entered the start-up world 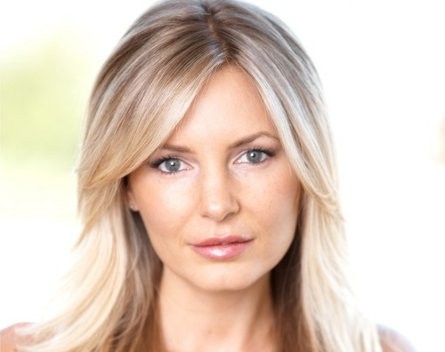 Gawned, who appeared on the reality television show in 2001, became known as the “lip gloss queen” for her excessive use of lip gloss while living in the Big Brother house.

After the show, Gawned combined her newfound fame and her background as a makeup artist to launch Jenna Cosmetics, which was later renamed GJ Creative.

This business eventually folded, but that didn’t stop Gawned from launching a second business, this time trying her hand at health food with a shop called Naked Treaties.

In the past 12 months, the business has grown from two staff to 15, and Gawned now plans to license the brand.

Gawned isn’t the first celebrity-turned-entrepreneur. Here are five more names who have dabbled in the business world.

Eikmeier, who co-founded Vinomofo, one of the 2013 StartupSmart Top 50 businesses, was an Australian actor before he became a wine entrepreneur.

Eikmeier started his career in TV at age nine on the Australian drama A Country Practice, but is better known for his roles in Pacific Drive and Canadian television series BeastMaster.

He also starred alongside Australian pop star Kylie Minogue in a Coca-Cola commercial.

Eikmeier retired from acting to concentrate on Qwoff – an online wine network he started with his brother-in-law – which led to the launch of Vinomofo.

In April last year, daily deals giant Catch Of The Day took a majority holding stake in Vinomofo, which now has revenue of $5 million.

Your Zen Life, which describes itself as an online scrapbook, is where like-minded people can share their knowledge of, and passion for, health and fitness.

But Palmer and Tonkin – who have starred in films such as The Grudge 2, December Boys and Tomorrow, When the War Began – insist their star power has minimal impact on the site.

“We believe the power of Twitter and Facebook has been pivotal to getting the word out about our site,” the duo told StartupSmart in January.

“And being able to be in contact with some of the best professionals in the field of health and wellness is also a perk of being in the public eye.

“But at the end of the day, we are just two twenty-somethings who are so passionate about living this way, and that passion is what drives us to make the site what it is.”

Roberts is best known for her roles in Australian dramas GP and Always Greener. She also appeared in Cops L.A.C alongside fellow Australian actress Kate Richie.

In addition to winning an AFI Award, Roberts has received nominations for the Logie Awards, the Film Critics Circle of Australia and the Sydney Theatre Critics Circle.

In 2000 Roberts established Screenwise, a film and television school for actors, which has nurtured some of Australia’s best homegrown talent including Isabel Lucas, Chris Hemsworth, Todd Lasance and Christian Clark.

Milk & Co produces natural skincare products for men, and has since expanded into other lines including baby skincare. It plans to launch a women’s skincare range later this year.

“I think our brand awareness is strong and I think people know the brand really well,” Klim told SmartCompany in February.

“I love driving this business, so it isn’t just an endorsement. I think people know that I’m not just the face of the company.”