Five deadly sins when choosing a name for your start-up 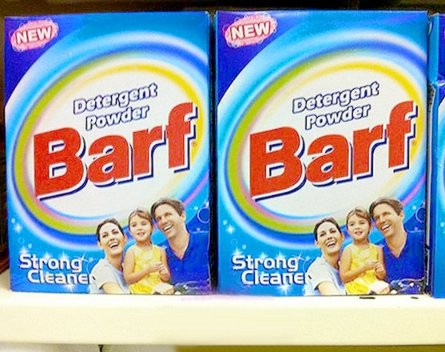 When is a rebrand not really a rebrand?

Arguably, it’s when the process doesn’t actually alter your business’ name, as is the case with food franchise Fasta Pasta.

The business has switched its logo and colour palate and most observers would probably agree the new look is a significant upgrade.

However, by keeping the word ‘Fasta’ as part of the name, there is only so far the franchise can drag itself upmarket. The dilemma is, of course, that certain brand recognition and loyalty has formed around the moniker.

For start-ups, this should be less of a problem. If you realise you have a turkey of a business name, you can quickly switch it before you’re widely known.

But it would be better to avoid such pitfalls in the first place. Here are five business naming sins you need to dodge.

1. Treading on the toes of another businesses

Most entrepreneurs worth their salt will conduct a search to ensure their business name choice isn’t currently used by an existing company.

However, be aware that registering your business name in Australia does little to prevent a rival claiming that you’ve infringed their intellectual property.

Take the case of NSW media start-up Business Insider, which was forced to change its name to Business Ink last week following legal action taken by New York-based Business Insider – which has only recently expanded to Australia.

As Mark Cleary, co-founder of Business Ink, told us: “Your search for a name needs to be global and you need to avoid similar names, because it’s just too hard to compete when it comes to hard cash”.

2. Getting lost in translation

Peugeot is the butt of jokes in southern China, where its translated name, Biao zhi, sounds unhappily like the regional slang for “prostitute.”

The Sci-Fi Channel attempted to make itself more ‘hip’ by switching its name to “Syfy”, apparently unaware that the term is a shorthand for ‘syphilis’.

And then there’s Sydney tech venture Wynbox, which headed to Silicon Valley with big dreams, only to find that its original name, Wyngle, sounded too much like ‘wangle’ to American ears.

The lesson is clear – think carefully about what your chosen names means to people of different ages and cultures. You could be making a horribly embarrassing slip-up.