Freemi-yum free samples! Have you considered a ‘freemium’ price structure? 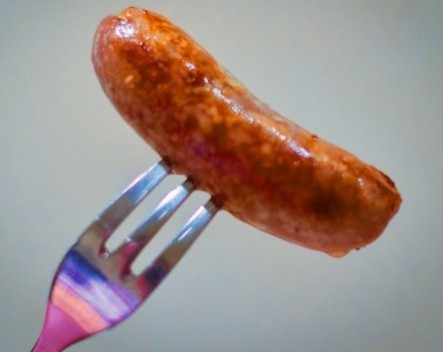 In business, jargon terms are often come creeping into the language. They can make the most mundane and simple concepts seem far more complicated than they need to be.

Generally, jargon terms spring up when someone wants to make something simple sound more complicated than it needs to be, in order to bamboozle someone. Jargon is especially popular in university cinema studies departments, where the professors love to string together a long list of words to make it sound like they’re paid for something more complicated than just watching TV.

Why, just down the road from Taskmaster Towers, there’s a catering company now presenting itself as an “enterprise corporate hospitality solutions provider”. Their pamphlets offer “customised meal solutions tailored to the dietary preferences of modern multicultural workplaces” – in other words, aside from the veal stroganoff, they also offer gluten free, kosher and vegetarian meals.

One of the more noxious terms to spring up in our language in recent times has been “freemium”. Yet there are good reasons to consider a “freemium” price structure, and they don’t involve having another jargon term to bamboozle a potential investor during a pitching session.

Back in Old Taskmaster’s day, there was a simpler way of describing a freemium product: “A free sample”.

Many centuries ago, a wise deli owner discovered the ancient art of frying up some small pieces of bratwurst and chicken sausage, sticking toothpicks in them and offering them to anyone (and their kids) foolish enough to try doing some shopping before lunch. That bite-sized morsel is free, but the full kabana is going to cost them!

Well, a few years went by and the venerable Amiga appeared on the computing scene. And soon after those floppy disks began clicking, shareware appeared.

The concept of shareware programs was that they were free to use, you were legally free to make copies and distribute them to all your friends, but they all had a few key features missing. Think of it as a software salami slice on a stick at the deli.

In order to enable the missing feature – perhaps print the documents in your shareware word processor or get the extra levels of your favourite shareware game – you had to pay the developer a fee. In exchange for the ‘registration’ fee, the publisher would send you a code that unlocked the missing, value-added feature. Again, free to try, a fee to buy.

By the mid-‘90s, open source software vendors like Red Hat turned this basic business model into an art form. Not only could you get a free sample, they gave you the whole program and its source code for free! However, if you wanted tech support or someone to install or maintain their software, you’d have to pay their subscription fee.

Likewise, you can download the WordPress software and set it up on your own server for free, if you have the time and the skills. Alternatively, you can get a blog hosted for free at WordPress.com – but you have to put up with their ads on your site. Or you can pay an annual fee to have them host it.

Like the old deli, Red Hat and WordPress offer a tasty morsel of their product on a toothpick (figuratively speaking). However, the full kabana is going to cost you!

If you’re planning a business and are looking for a business model, freemium might just be the model for you.

So is there a tasty morsel of your product you can stick on a toothpick offer for free? Perhaps there’s some value-added part of your product offering – the full kabana – customers are willing to pay extra for? It might be worth trialling a freemium pricing structure – you know you’ll be back for more!