From Doritos’ Ultrasound to 7 Eleven’s Teachers Day: These are the top viral ads of 2016 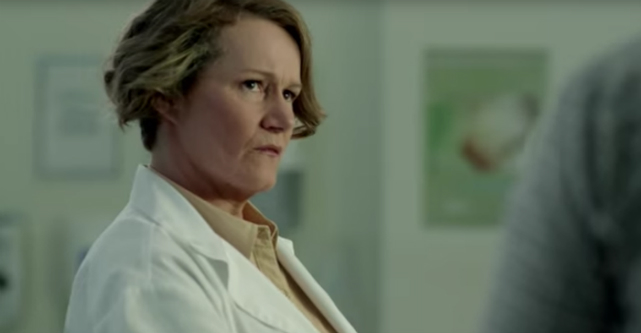 What do snack food, Christmas, laundry detergent, and a zero-gravity music video have in common? They all feature in this year’s top 10 most shared advertisements.

In a list compiled by video ad tech company Unruly, advertisements from the past year were ranked by how many times viewers had shared the ad.

The full list stretches out to 20 places, and features advertisements from 10 different countries and on many different topics.

The average ad runtime was 2.49 minutes, despite many of the ads having a runtime of 30 seconds.

Global VP of insight at Unruly Ian Forrester said in a statement 2016 was an “extraordinary year for world politics and times have never been more uncertain”.

“Video advertising has once again reflected the wants and needs of society and offered a powerful route to escapism for consumers,” Forrester said.

“We’ve also seen the most successful creatives bubbling up from a vast range of countries and cultures, showing how digital video can break down national boundaries and become a truly global conversation.”

Here are the top 10 most shared advertisements from 2016, according to Unruly.

Bouncing woodland creatures, Christmas, and a loveable Boxer named Buster were the key ingredients retailer John Lewis needed to create not only 2016’s most shared video but the company’s most-shared Christmas ad ever.

John Lewis’ annual Christmas promotion is no small affair, with the ad’s soundtrack even available to viewers on Spotify.

2. Channel 4 – We Are The Superhumans

In the UK, Channel 4s advertisement to promote the 2016 Paralympic games was a hit, featuring a jazzy soundtrack and athletes dancing, playing the piano, and competing.

With a take on the popular song “Best Day of my Life”, Shell gathered a collection of famous singers and songwriters to create an ad promoting the company’s collaboration with “young energy entrepreneurs”. The video also features a selection of futuristic designs and ideas to create renewable energy.

This lively ad was made by Vodafone Egypt to promote it’s service over the Ramadan fasting period, and features a number of famous Egyptian actors and singers.

American rock band OK Go are widely known for their crazy music videos, which often involve impossible mechanisms or locations, and which attract thousands of views when released. Their most recent video for a four-minute song was shot in just 4.2 seconds.

Russian airline S7 decided to partner with the band to take advantage of the band’s music video publicity. The result is a colourful video shot entirely in zero-gravity, featuring the band’s familiar use of paint and unusual objects.

In what is more of a short movie than an advertisement, Nike’s “The Switch” tells the story of a young boy who collides with famous Portuguese soccer player Cristiano Ronaldo, resulting in the two magically switching places. In the “body swap” situation, Ronaldo and the boy end up facing off on the world stage, before another collision returns them to their original bodies.

Doritos’ “Ultrasound” ad was a finalist in the company’s “Crash the Superbowl” promotion, where it asks customers to create their own advertisements for the snack food brand. Creator Peter Carstairs got to the finals with the above advertisement, but the winner took it home with a dog-filled “Doritos Dogs” advertisement.

This ad from Procter & Gamble’s laundry brand Ariel is part of a broader campaign designed to encourage men in India to “share the load” by helping with household chores.

In what almost seems to be a throwback to the 2003 Internet classic “Crazy Frog”, Cadbury shows a number of aliens stumbling across Cadbury chocolate after humans leave it behind in an extraterrestrial visit. Upon eating the chocolate, the massively invigorated aliens engage in a wild dance party.

In a nine-minute advertising epic, 7-Eleven Thailand tells the story of an elderly teacher and her students in a promotion linked to Teachers Day in Thailand.