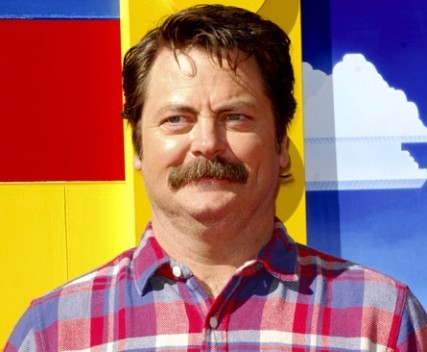 Rental company HomeAway is taking a swipe at the sharing economy in its latest advertisement, which one communications expert has described as a clever way to stand out in an increasingly competitive market.

Sharing accommodation services such as Airbnb continue to rise in popularity but HomeAway’s campaign says ‘sharing is caring’ has gone too far, and that sharing your vacation could mean waking up to a stranger staring at you and finding black curly hair on the soap.

The 60-second ad, which is narrated by Parks and Recreation star Nick Offerman, was posted online four days ago and has been viewed over 36,000 times.

“These days we’ll share basically anything with basically anyone. But sharing our vacations with strangers? That’s just crazy talk,” Hofferman ‘s narration says.

The ad does not mention Airbnb specifically, but is clearly trying to promote the benefits of the whole house rentals longer term over the Airbnb experience of booking a single room or a house for a short stay.

Communications and social media expert Catriona Pollard told SmartCompany the HomeAway campaign is a good example of standing out from the pack.

“It’s a clever campaign in that it allows the brand to stand out in a saturated market,” she says.

“With so much noise, brands need to be clever in how they get noticed, and this is a good example of cutting through the competition by being different.”

However, Pollard is quick to point out there are potential risks involved in businesses tactically poking fun at competitors.

“It needs to be done carefully. You need to understand the ‘mood’ of your target audience, particularly if you’re going up against a strong competitor that has captured market share and loyalty,” she says.

“If you are overly critical, you risk alienating your target audience and could potentially open yourself up to backlash.”

She also warns of potentially pigeonholing your brand and advises careful consideration before kick-starting this type of campaign.

“HomeAway will forever be anti-share economy, which will impact future campaigns, and if the market’s attitude to ‘sharing’ intensifies, it will be hard to swing around,” she says.

“So you need to consider the bigger picture and your brand’s positioning for the long-term before committing to a strong concept such as this one.”