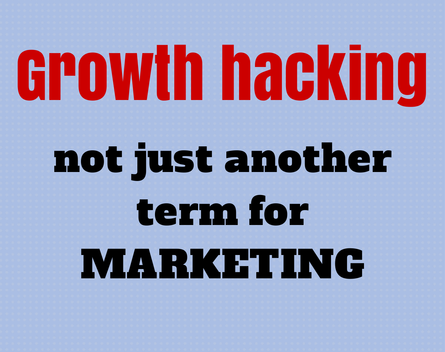 Startups are openly admitting to implementing growth hacking strategies to get some points on the board.

It’s an approach that’s working for many startups, which often don’t have the money or traditional understanding of marketing to grow their business.

Growth hacking has been borne out of a massive shift in consumer behaviour, explains Ben Carew, the co-founder of six-month-old web design firm, Webbuzz.

Carew adds that there’s a broad reluctance among consumers to sign up to almost anything on a website these days. However, clever growth hacking can nudge consumers down the sales funnel.

Establishing trust in a limited amount of time so consumers come back to purchase is a constant challenge, as Carew explains.

“The sole focus of a growth hacker is to leverage both technical and marketing insights to produce outcomes that have a direct impact on a startup’s core success metrics and can result in sustained growth,” Rambert says. He explains that knowing how a growth hacker’s efforts are working out should be fairly easy to gauge, as it’s purely a numbers game.

Rambert subscribes to the approach outlined by authors of Lean Analytics, Alistair Croll and Ben Yoskovitz, who herald the idea of the ‘One Metric that Matters’. This is essentially a single key success metric that the growth hacker needs to focus on and generate company alignment on, in order to ‘move the needle’ and push the startup forward.

“This metric might start as anything as broad and obvious as total customers/users or total revenue, but over time a growth hacker needs to focus on more acute performance metrics and ratios, such as revenue per customer, proportion of active vs inactive users, or net referrals per customer. These success metrics also vary greatly, depending on the stage of the company and their type of business model,” he says.

Startup co-founder of Pocketbook, Bosco Tan attributes a series of deliberate growth hacking strategies to growing the business from zero to 77,000 users in two years.

The founders implemented strategies that made the business appear larger than it really was in a growth hacking move that paid off. Partnering with subject authorities like David Koch from Sunrise and being a featured app in Apple’s app store were among the tactics used. This approach not only gave the brand attention, but also legitimacy.

Growth hacking is the fundamental way an entrepreneur thinks.

“Growth hacking is a term that gets overused by the startup community today. It’s not an exact science, but it’s built on intuition and big ideas to find the market opportunity.”

Tan says the perfect example of a growth hack comes from clothing brand FUBU, which used ten shirts and leveraged relationships with hip hop stars to create the image of a million dollar company.

“That’s the classic growth hacking mentality – testing the market before producing. We see this today in products like the Pebble smartwatch, funded by Kickstarter,” he says.

“Startups are also building landing pages based on this idea of getting interest. So the lesson is to create the image of a huge business, get paying customers, then satisfy the demand,” Tan says.