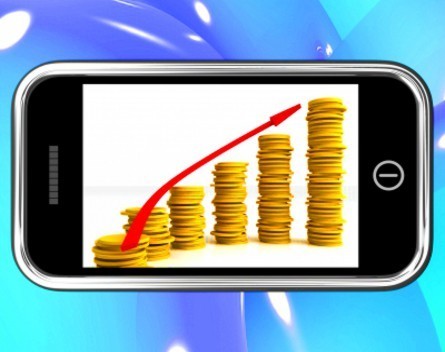 Focusing on just one function of their iPhone mounting system product felt counter-intuitive to Chris Peters and Rob Ward, as it would reduce the number of target customers. But when they decided to focus their whole website, SEO, social media and marketing collateral on communicating the benefits of it as a bike mount, their sales skyrocketed.

Ward told StartupSmart that when they had first launched the Quad Lock system, which enables cyclists or drivers to mount their iPhone to their vehicle, they tried to be an “everything product”. Sales were ticking along, but Ward and Peters thought they should be moving faster.

When the iPhone 5 came out, they needed to update their product to fit the size of the new device and took the opportunity to test their theory that picking a focus and nailing it would boost sales.

After scouring through their sales data and website analytics, they decided to focus on the bike mount function.

“We had an opportunity to refocus everything, to overhaul the packaging and marketing, so you couldn’t look at it and not know it was the bike mount solution. We reworked the website and everything was just pushing that one really clear message,” Ward says. “The month we did that, the sales almost quadrupled. We went from moving $25,000 a month to $100,000.”

Peters adds understanding how people came across their product gave them the confidence to focus their marketing.

“The Quad Lock is a solution product. People are online actively searching for an answer to their problem with their phone and bikes. So our marketing had to be about finding people with this particular problem and getting it in front of these guys,” Peters says.

The rapid growth tested the systems they had set up. The products are manufactured in China and sold through distributors across the world. Peters and Ward recently decided to focus on working with larger distributors as working with so many clients was eating up product development time.

“We’ve got pretty good systems in place. Everything we do is made to scale,” Peters says. “The only thing that really can go wrong is if we sell out straight away and can’t get replacement stock in fast enough – which is not a bad worst-case scenario to have! So it’s all about forecasting.”

They’ve continued to use the one-product-one-message approach to every product launch ever since. They launched their first Samsung products earlier this month.

“It was the biggest thing we ever realised about our business,” Ward says. “As our range grows, we’re still very targeted. The exciting thing for us we have the potential to double the size of the company in the next few months.”

Quad Lock has been self-funded so far, and Peters and Ward used Kickstarter to test demand and raise funds to create their first run of products. The team is now five-people strong, with tens of contractors scattered around the world.

“Our connected team is quite big, but we don’t have as many overheads because they’re not our staff. It enables the scalable, organic, non-funded growth we needed as start to look towards new products and markets,” Peters says.

The Quad Lock team will be releasing products for the running market in the coming year.