How Twitter can see the financial future – and change it 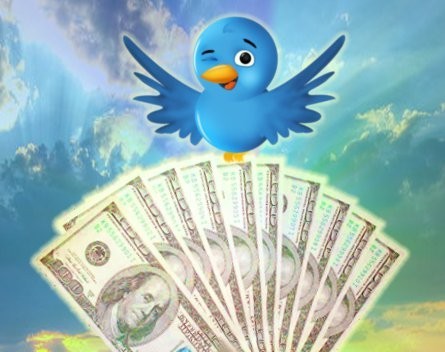 Scottish financial trader James Alan Craig has been charged in the US for allegedly using Twitter to manipulate share prices. According to the US Department of Justice, the 62 year old, from Dunragit in Dumfries and Galloway, caused shareholders to lose more than $1.6m (£1.1m) after allegedly spreading “fraudulent” information about companies on the social network.

According to newspaper reports, the DoJ has charged him with securities fraud, while the Securities and Exchange Commission has filed a separate complaint charging him with the same offence.

Most of us would probably find it very hard to believe that information on the likes of Twitter, Facebook or Google Blogs might have the power to influence financial markets, but this is not the first time such a story has hit the news.

Astonishingly, a fake tweet on April 23 2013 from a hacked Associated Press account, asserting that explosions at the White House had injured Barack Obama, wiped more than $130bn off the value of the S&P 500. Research into the economic crisis the same year meanwhile suggested that financial markets are more influenced by negative press rumours than fundamentals.

Social media has become a popular open forum for analysing economics/finance and, equally important, it reflects public sentiment minute by minute. It has long since become essential for economic commentators, policymakers and their faithful followers.

Academics have found plenty of evidence that social-media topics of conversation predict what will happen in markets. This is especially true in periods of negative economic news when traditional models that use only financial variables might prove inadequate.

For instance, recent research found evidence that online search activity predicts price movements in the US stock markets – and even in the less liquid residential property market. Both these papers argued that the greater the search intensity as buyers appraise the available information, the greater the effect on prices.

I co-authored a recent paper that showed that during the recent eurozone crisis, social-media discussion and Google searches related to “Grexit” affected the spread in borrowing costs between Germany and peripheral eurozone countries Greece, Ireland, Italy, Portugal and Spain. This was over and above the effects of the latest economic data.

Facebook users get the majority (70%) of news links from family and friends, and only a tiny share (13%) from news organisations or journalists. Contrast Twitter, where 36% of news links are from family/friends and 27% from news organizations/journalists. This broader mix of sources means that Twitter provides a greater range of information. Facebook users also track with the general population very closely whereas Twitter users are more educated.

It is not a stretch to say that the information that appears and is shared on social media plays a vital role in strengthening the efficiency of financial markets – unless of course people abuse it by posting disinformation. The case of James Alan Craig, whether guilty or not, demonstrates Twitter’s power to move markets for ill gain as much as it can predict what they will do next.