Hypetap to change the marketing game for brands, agencies 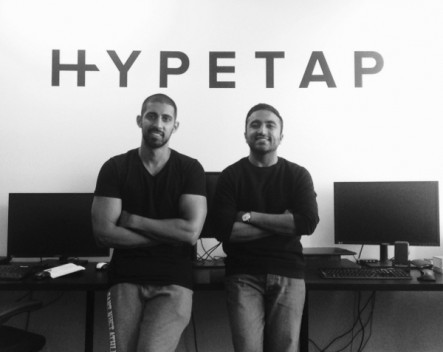 As social media entered the mainstream, so too did the idea of “influencers”. Bloggers, Instagrammers, and Tweeters using their large groups of followers to woo advertisers.

Melbourne-based startup Hypetap has launched a platform that is helping brands and agencies manage and measure the success of their marketing campaigns with those influencers.

Hypetap was founded by Detch Singh and Nikhil Madhok, a former investment banker and a management consultant who have been friends since university. Singh’s partner Sheetal Mudumba is a fashion blogger and it was her experience dealing with brands that led to Madhok coming up with the initial concept, which would be refined by Singh and the rest of the founding team.

“She used to get quite a bit of interest from different PR agencies sending things, and a lot of the time they were things she wouldn’t post about,” Singh says.

“We realised there was this disconnect, this under-utilisation by these agencies. They needed a place where people can connect and figure out whether or not they fit with each other, and then manage that whole process.”

The idea is that influencers, brands and agencies request to sign up to the Hypetap platform. Singh says the startup curates its users to ensure all of its users are of a high standard. Agencies are able to find influencers that fit the criteria they’re after, whether it be reach in a particular region, or industry. Influencers are able to search for brands to partner with that fit their niche.

“Currently agencies do everything on email. All the way from outreach to negotiation, and logistics. Can you imagine trying to do that with 80 or 100 influencers at the same time via email?” he says.

Hypetap monitors the impact of influencer posts and also sends reminders and notifications when agreed posts might be missed.

“If you look at how brands and agencies do things at the moment, on the metrics side it’s all in excel, so it’s not in real time, and there’s manually a lot of work to do,” Singh says.

“So while there are discovery tools out there in the influencer outreach space, I think what we do that’s our unique value proposition is really in that segmented workflow.”

The startup has been bootstrapped since founding. Since launching its Beta in December last year, Singh says it’s been getting a large amount of organic interest, signing up roughly 500 influencers and some of Australia’s “largest multi-national and indepenent agencies”.

“At the moment we’re pretty comfortable with how we’re tracking. We’re getting the proof of concept right. We’ve got some cashflow coming in from clients and we’re iterating to make it just right before really starting to scale it,’ he says.