I didn’t keep my promise – now what? 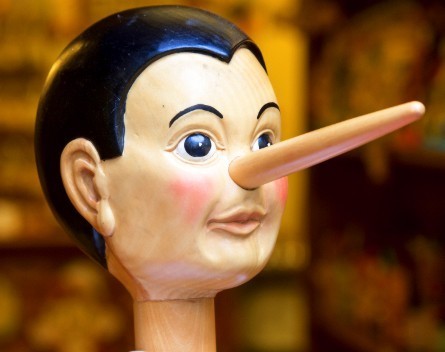 We’ve all not kept a promise at one time or another. Sometimes on little stuff that only you and the other person noticed and occasionally on big stuff that has massive ripples.

Even people with the best intentions who write about promises (like me) do it more than I would like. After all, so the saying from Alexander Pope goes, “To err is human…” (we’ll get to the second forgiveness part a bit later).

You can have strongly aligned purpose and values that you embed and embody. You can be deliberate and conscious about what and how you do things. You can set clear expectations that you know you can meet. You can keep your lists of things to start and stop doing.

And then, despite all those things, still forget to put the meeting in your calendar and leave someone sitting in a cafe looking at their watch. Not complete the report that the team is expecting and throw the entire timeline off. Not double check the numbers on the deal and end up costing your company millions of dollars. Make product claims you know aren’t true to get customers. Well, you get the idea.

So if not keeping our promises is going to happen to all of us, what then?

Do you stand in front of your actions or behind others around you? It’s a pretty simple thing that’s incredibly hard to do because it comes with a healthy dose of fear: Fear of being judged, fear of being punished, fear of being fired. But without taking responsibility the whole next apology piece just falls hollow.

Elton John had it right when he lamented that “sorry seems to be the hardest word”. An apology can go a long, long way. Most of us have been around for a while and we know things don’t always work out the way they are planned.

We get the whole “err” thing and we will accept a genuinely offered “sorry”. But if it’s couched in terms and conditions, if it’s begrudgingly given, then forget it. Don’t even bother.

This one is hard because sometimes you can’t fix it and that’s often where compensation and other forms of redress come into play. But for most promises – the day-to-day stuff, you can make amends. Whether it’s lunch on you or a free dinner, flight, or ticket. A replacement product or refund given with a smile (back to that begrudging thing again). Maybe it’s working through the weekend to get the report done. Do what you can to make amends, whatever that means given the promise.

It’s worth noting that while we might not like it, magnitude does play a part. Because it’s pretty easy to own up for, apologise and make up for that missed appointment with a cup of coffee (or lunch) on you. But the bigger the promise the more unlikely it seems that any of the three steps will happen.

And while I get legal liability and all its related minefields, it’s worth considering that research shows even in the most dire examples of promises not kept – when a medical mistake causes harm to a person – the simple act of an apology is one of the most effective ways to help speed resolution and leads to smaller settlements. This shows that the second half of Alexander Pope’s quote was also right: “To err is human; to forgive, divine.”

See you next week with “Tell me your story”.