It’s going to be a Good Day Girl: New fashion business has designs on tailored profits 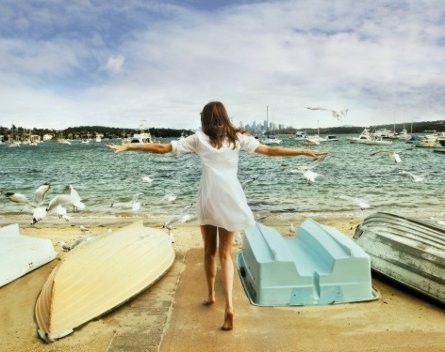 A fashion start-up is seeking to chart new territory around the challenges Australian retail is facing by offering a limited edition pre-order salon service partnered with an online offering.

With the website launching tomorrow, Good Day Girl will offer 20 items per season, each available in five fabrics for pre-order to the purchaser’s exact size. Each season will be open for orders for three weeks only. Customers will receive their garments six to eight weeks later.

“We’re two independent small businesses merging into one. It’s about collaborating and using our strengths to get more done. We were both doing a thousand things and were keen to do a few less,” Toohey told StartupSmart.

The latest figures released by the Australian Bureau of Statistics show Australia’s retail sector is continuing to struggle, with sales in June flat compared to May. Clothing and soft goods sales were down 0.2% in June from the previous month.

Toohey says because they will only be making items that are ordered, they’ll avoid the problem of excess stock.

“This is about keeping it really tight, and we’ll be working really close with our customers for future season designs,” Toohey says. “We won’t be left with surplus, and that’s the biggest drain in retail business, offloading excess stock. It’s sad when you design, create and make it and then have to work out how to get rid of it.”

They’re also banking on the burgeoning online and pre-order purchasing.

“We’re hoping that because of how online retail is going pre-order, other consumers will get to understand the benefits, especially those who have issues finding clothes that fit them well,” Toohey says, adding they’re offering sizes four to 20.

Good Day Girl customers can buy online or in their Paddington boutique. Clothes will be made in Sydney and China.

“Customer service background is essential to us, and we want to develop personal relationships with our customers whether it’s online, chatting through the site, or in the salon.

Toohey says they’re hoping to reach 100 customers for their first season, and they’re confident they can, as they have all the customer details from their previous fashion businesses.

Toohey adds the feedback they’re receiving from their customers suggest the personal focus, styling support and ability to make sure clothes fit is increasingly important to customers keen to avoid mass-produced retail.