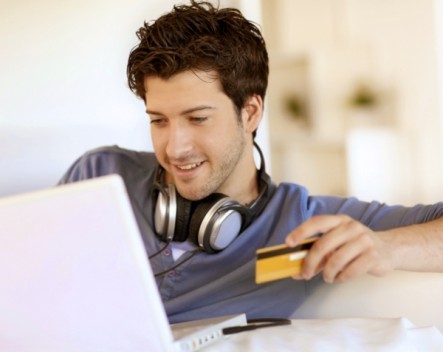 Online Australian retailers are cashing in on the increasing demand for online sales, as figures released yesterday show Australians spent a record $16.6 billion online in the year to January 2015.

Domestic online retailers controlled nearly 75% of total online spending in January and while the figure was slightly down from 76% in December, a spike in Christmas spending largely accounts for this.

Internationally successful sportswear brand Lorna Jane revealed to SmartCompany the business’ online channel has grown by over 30% in the past 12 months alone.

“Online growth has been over 30 per cent over the past 12 months and online revenue now represents 14% of total turnover,” a spokesperson fro the brand told SmartCompany.

The retailer, which is on track to turn over $200 million for this financial year, has experienced rapid online growth while also maintaining a strong and steady bricks-and-mortar presence that saw it open a further 40 stores internationally in the last 12 months.

Read more: How even the smallest businesses can now have an awesome website

For pure-play online retailers like Adore Beauty, which has been in the online-only space for 15 years, the last 12 months has seen an increasing trend in consumers looking to shop locally online first.

“I think the main change has been the willingness and keenness of customers to shop at domestic online retailers,” founder Kate Morris told SmartCompany.

“At the moment, the response we’re getting is that people are preferring to shop locally if they can. A lot of people actually write in and say, ‘I think it’s brilliant you’re Australian, I’d rather buy from you’.”

Morris, who says the Australian cosmetics industry has in the past struggled to compete against international “grey markets”, believes customers are becoming increasingly attracted to local customer service teams speedier local delivery.

“I think if you don’t post orders within 24 hours, you’re not living up to customer expectations these days,” Morris says.

Morris says the most important aspect of online retail is managing customer expectations in terms of delivery, quality and product availability.

“There are some competitors who don’t even tell customers if a product is not in stock. They’ll take their money and tell you after if they can’t get it,” she says.

“It is really important to be transparent, that’s what people want, just to know what’s going on.”

Morris says online retail has come an incredibly long way since she started 15 years ago with dial-up internet, pointing out that small businesses can now use services like Shopify for around $30 a month to host their online stores.

Meanwhile, NAB economist Alan Oster was quick to manage expectations of a booming online marketplace, saying in a statement the growth was more subdued than rates recorded in earlier years.

“As the sector matures, the data is revealing some changing dynamics. For example, in past years November was typically a stronger month, however in 2014, online purchases were made later. In part, this may indicate how online retails are evolving to cater to consumer preferences,” Oster said.