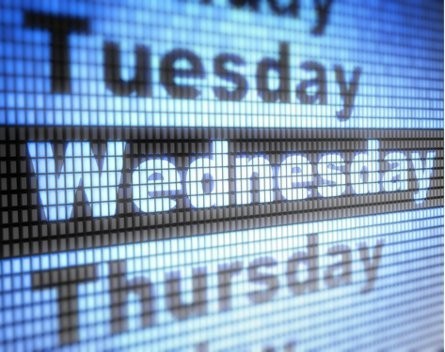 As Australians spend more of their money online, where and when they’re spending is becoming relevant for retailers considering how to target their marketing.

According to the National Australia Bank’s latest Online Retail Sales Index, Australians spent $13.9 billion in the year ended June, up 21% on the 12 months ended June last year when $11.5 billion was spent.

And according to research by data analytics and marketing strategy firm Quantium, much of that spending is happening in the middle of the week, with Wednesday the peak day for spending.

National Online Retailers Association chief executive Paul Greenberg says the data could have implications for retailers and the timing of their digital marketing.

He says retailers may take a “fish when the fish are biting” approach to their marketing.

Quantium’s research shows Saturday and Sunday are the weakest days for online retail spending. Sales rise on Monday and Tuesday, peak on Wednesday at just over 16% of online spending, before tapering off Thursday and Friday.

Greenberg adds that retailers may also consider targeting their marketing towards days when online spending falls in the hope of boosting it so they can “smooth out” sales across the week.

Greenberg and Adam Ferrier, a consumer psychologist and founding partner of Naked Communications Australia, told StartupSmart higher spending online during the week was most likely because it was when consumers were mostly likely at work and in front of a computer.

Ferrier says consumers could also be motivated to shop during the middle of the week as a break from work.

“These days at work are normally more intense,” he says. “Potentially people are looking for a bit of retail therapy.”

Ferrier adds that the research may redefine when impulse shopping may occur.

“It might be during those times in the afternoon on ‘hump’ day when you need a break or are hungry for a distraction,” he says.

Ferrier also says Friday may be a more “frivolous and fun” time at work in the lead-up to the weekend and leave workers less inclined to want to shop online.

Greenberg suggests weekends are generally weaker for online retail because people are out and about with their families.

Online shoe fashion retailer Shoes of Prey has found Wednesday is their best day for sales, with co-founder Jodie Fox telling StartupSmart they received around 20% more sales that day than the rest of the week.

“I’m genuinely surprised,” she says, adding that it went against her own experience of not having a particular day when she did her own online shopping.

Fox says while Wednesday may be their biggest sales day, they don’t target their marketing to a particular day.

“When we want to share a message with our customers we look at what’s the best way to communicate that message, then the channel – whether email, video, Facebook – then we use that particular channel to its best advantage,” she says.

Retail consultant Franz Madlener was sceptical of the Quantium research that Wednesday was the day consumers spent the most online.

“Customers buy when they have money,” he says.