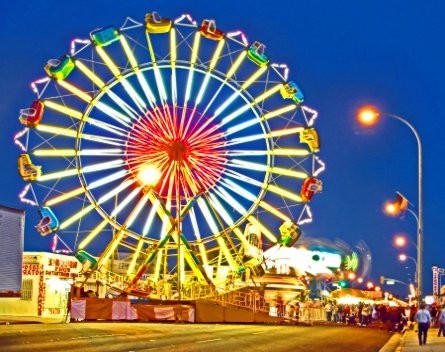 The billboards and breadboards are up around Parts Unknown. Posters have been stuck on the windows of the local pub, on the footy club noticeboard, in the community newspaper and even John’s takeaway chicken shop. (That said, your humble correspondent will be surprised if anyone reads that last one.)

The local traders’ association has gotten together with the local shire council to organise a local community festival. There’s a palpable excitement in the crisp mountain air.

The idea is simple. For one day, the main street in town will be closed off. Instead of traffic, there will be bouncing castles, rides, balloons, street stalls, a stage with live music and face painting for the kids.

Local community groups are getting on board too. The local footy club is organising a handball competition. The Uniting Church is unveiling its Christmas nativity scene. The local country fire service is opening up its station and offering rides around the neighbourhood in a fire truck.

Instead of going to the hassle of organising its own fete, the local primary school is organising a trash and treasure stall and a sausage sizzle.

A couple of other community groups have stalls too. The local arts society is organising an exhibition showing the works of some local painters, while the historical society will have a small display showing old photographs of the district.

And the most exciting thing about all this? On a cost-per-business basis, when all expenses (including promotion and advertising) are divided up between all of the members of the local traders’ association, it works out to be incredibly cheap to organise.

Each business chips in a their share of the funds, which may be made up for with services as appropriate (for example, the local real estate agent is using its signs to promote it around the neighbourhood, while a local web design company is hosting a website). The total pool is used to organise and pay for the event and its advertising.

That money will draw far more people past the shops than any traditional ad would. Meanwhile, people are willing to turn up because it’s a once-a-year event.

Those flatlanders mightn’t be willing to drive up to Parts Unknown because they saw an ad for a cake shop, but they might for a local festival with a bouncy castle.

Now, over to you. Are you setting up a business in a small local shopping area? If so, Old Taskmaster says you should get the local traders together to organise a festival!