Pop-up to permanent: One start-up’s story and why they’re positive about the future of retail 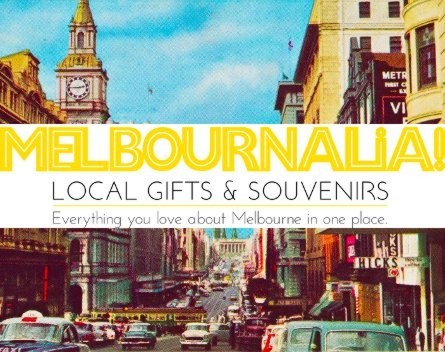 After two years as a series of pop-up stores, homewares and gift shop Melbournalia is setting up a permanent home in Bourke Street, near Victoria’s State Parliament, and says the future has never been brighter for new and small retailers.

“We hear a lot of doom and gloom from the big mass market retailers about how online is cannibalising bricks-and-mortar sales, and that’s true for them,” co-founder Dale Campisi says.

“But lots of newer businesses and people who are doing curated experiences in-house with a real return to traditional retail values about curating good stock and customer service are going great, so we’re feeling upbeat.”

Melbournalia was launched with five pop-up stores in November 2011 after the four founders noticed the vibrancy of the niche maker and manufacturing local scene.

Campisi, who recently published Melbourne Precincts, a book on Melbourne retail with Hardie Grant Explore press, says the locations were part of their vision to entwine retail and storytelling.

“The city has a great story to tell in itself, through its places and its wares and that’s what this was about. We realised we could take people on adventures in their own city, and we could make our retail space reflect our stories,” Campisi says.

Their move to a permanent residence became possible after winning a Small Business Grant from the City of Melbourne.

As a location-specific store, Campisi describes the process of finding the right permanent location as “long and fraught”.

“CBD retail is notoriously expensive, especially for small business. We saw the effect of that, with very few small businesses opening up. But we’ve got great neighbours up here, and there is a real buzz and local community feel,” Campisi says.