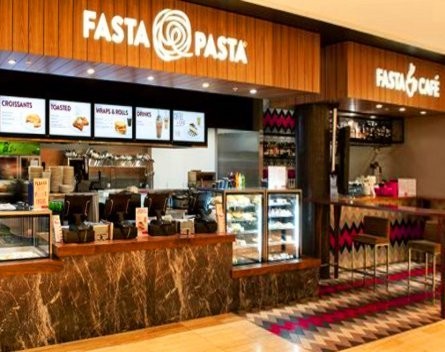 A marketing expert says rebranded businesses should be wary of reverting to their old image, after South Australia-based pasta franchise Fasta Pasta opened its first food court restaurant despite a recent corporate makeover.

Fasta Pasta, founded by a group of Italian restaurateurs in 1984, is a national restaurant chain offering fresh, affordable pasta dishes. For this reason, it is particularly popular among families.

But earlier this year the company underwent a significant rebrand, including a new logo, in a bid to gain a more corporate image.

While Fasta Pasta chief executive Frank Taddeo has admitted a food court restaurant “was not on our agenda”, he said an opportunity came up “and we decided to give it a try”.

But it could be the first of many, with Taddeo highlighting the restaurant’s success.

“It has done so well, I wish we had many more of them. We weren’t sure how customers would react… [But] sales have been well above budgeted figures,” Taddeo said in a statement.

“The success of our Rundle Place store will change the way Fasta Pasta is perceived and open up tremendous growth opportunities for the future.”

Jo Macdermott, founder of Next Marketing, told StartupSmart it’s not uncommon for rebranded businesses to revert to their former image.

“There is a saying ‘Old habits die hard’,” Macdermott says.

“I did some work just before with a franchise chain here and they’re a French café, and they got a very attractive offer to go into a Brisbane shopping centre… They’ve had free rent for years.”

Macdermott says while some offers are simply too good to refuse, there can be repercussions for your brand.

“It does put a strain on the brand, especially if you’re going to move from A to B,” she says.

“Do I think it’s a good strategy? If it’s a once-off. If [Fasta Pasta] were to open 10 stores in the next 10 weeks in food courts, then I think they’re off strategy and it’s going to cause confusion.

“Potentially once-off is okay but it’s better to stick to your strategy as closely as you can.”

If you are going to stray from your original strategy, it’s important to justify the move to your customers and your staff, says Macdermott.

“I think now more than ever you need to have, especially for staff as well, a reason why you are going things and where you are going,” she says.

“Sometimes you get a lease well before… you worked on your business strategy,” she says.