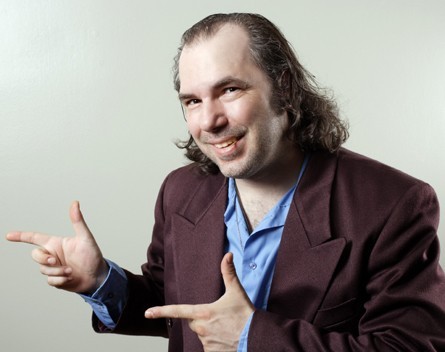 Businesses would be wise to stop telling people what they should want and let customers tell them what they want, says Shel Israel in his latest book, Lethal Generosity.

Israel’s previous works include Naked Conversations and Age of Context, which were both written in collaboration with Robert Scoble. In this new book he looks at the technological and social changes affecting businesses and how they can adapt to a rapidly evolving marketplace.

Key to that evolving marketplace is the explosion of data offering businesses deep insight into their customers. Scoble describes how this is playing out in Lethal Generosity’s introduction by talking about social analytics service Vintank:

“VinTank was acquired by a big PR agency that wants VinTank to do for all sorts of industries what it has done for the wine industry. Are you a restaurant or a winery ignoring that data? Go ahead and keep doing that for a decade. Your competition won’t.”

Israel illustrates the need to watch the marketplace by citing a campaign where Canadian brewer Molson Coors completely wrong-footed an oblivious competitor. It’s something similar to how one bank discovered a rival’s successful marketing campaign through real-time bank deposits data, an incident described  at the recent Splunk conference.

Focusing on the customers

A customer-centric outlook, not looking at competitors but focusing on what consumers want is key to success in the new economy, Israel believes. This is enhanced by technologies that allow both products and marketing to be personalised as shown in the chapter detailing how retailers and airports are using beacons and data analytics in their operations.

One good example is AirBnB, while Israel trots out the ‘biggest hotel chain’ in the world fallacy that’s pervasive among commentators, the company’s effects on the established industry has been profound and have forced hospitality operators around the world to re-evaluate their business models.

Israel suggests the best response for businesses affected by the ‘Uberization’ of their industries is to adopt the social and analytic tools and strategies being used the upstart businesses and he provides a wealth of examples.

Tapingo, the food ordering service for US college students, illustrates the seamless experience that consumers are increasingly demanding in their shopping, business and leisure activities. Israel cites how Tapingo’s merchant partners are seeing an in-store traffic boost of 7% and a gross profit rise of 11% as a result of using the service.

Shel also illustrates some of the failures in deploying new technologies, specifically London’s Regent Street Alliance that failed due to poor execution and a failure to engage the marketplace.

One of the weakness in the book – which Israel acknowledges – is its focus on US, and specifically Bay Area, case studies. While there are some non-North American examples such as Australia’s Telstra and China’s Alipay, most of the examples cited are ocompanies based in or around San Francisco and Silicon Valley.

Another weakness of the book is the over-focus on Millennials or Digital Natives. While this group is important, the obsession with them risks Israel’s message being pigeon-holed among the noise of poorly thought out pop demographics and poor analysis that marks much of the discussion around changing tastes and habits between generations.

Israel’s point that the post 1982 generation will soon outnumber older cohorts in both the workforce and the marketplace though is an important aspect for businesses to keep in mind. The safe certainties and predictable customer behaviour of the Baby Boom era will be long gone.

However, the shift in consumer and workplace behaviour is just as pronounced among all the post World War II generations as technology and the economy evolves in the early 21st century. Focusing on the younger groups risks missing similar shifts among older members of the community.

The value of customer service

Ultimately though, Israel’s message is about customer service. Shel himself flags this is not new, in describing the competition between hiking goods suppliers The North Face and Sierra Designs in 1970s Berkeley.

What is different between today’s businesses and those of forty years ago is technology now allows companies to deeply understand their customers and provide customised marketing, products and experiences to the connected consumer.

For the business owner, manager or entrepreneur, Lethal Generosity is a good starting point to understand the forces changing today’s marketplace. The case studies alone are worth considering for how an organisation can adapt to a rapidly evolving world with radically shifting customer behaviour.