Return to the Super Rooster Cafe 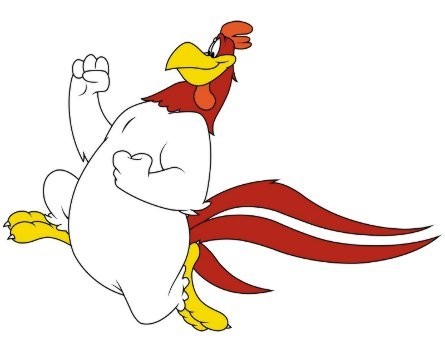 Regular readers of this column will remember John, the owner of the Super Rooster Cafe. John failed to do due diligence when he decided to buy a 1970s-vintage suburban takeaway shop. He found, soon after the ink had dried on his contract, a national fast food chain opening just down the road.

When the customers dried up, John decided to diversify his offering. He decided that, aside from being a takeaway fast food shop, he would simultaneously try to be an upscale cafe. His menu expanded to offer cappuccinos, lattes, poached eggs benedict, open ham and sundried tomato sandwiches, Mediterranean focaccias, pesto pastas, bruschetta, pancakes, milkshakes and antipasto platters.

Now, when it comes to diversification, Old Taskmaster is a bit of a sceptic. It didn’t work for Christopher Skase or Pacific Dunlop, and it’s unlikely to work for John’s takeaway shop. You’re almost always better off by focusing on your core competencies.

Anyway, over the weekend, your friendly neighbourhood Taskmaster decided to pay John’s shop a little visit, mostly to see if his new cafe menu is gaining any traction. The decidedly empty car park in front at lunch time on Saturday suggested the answer might be “no”.

The weeds poking through the bitumen – at a height you would typically find sprouting in a long-abandoned service station’s drive way – suggests parked cars (or for that matter, basic maintenance) might not be a particularly regular occurrence.

Stepping inside the red brick store – with the air thick with that greasy evaporated oil texture you get near a deep fryer and smelling like salty fried chicken – your humble correspondent placed an order from the cafe menu.

“I’ll have a serve of the home-made pesto fettuccine,” Old Taskmaster says.

“Unfortunately, the pesto isn’t the biggest seller on our menu. We buy just enough basil for one serve each day – and we’ve already sold one! Anything else we should be able to do,” John says.

A tumbleweed was seen bounding across the car park around about this point. An old transistor radio in the corner, shouting “the greatest his of the ‘80s, ‘90s, noughties and now”, conspires with the hum of the neon blue bug zapper above the drinks fridge to mask the deafening silence that comes from having no customers.

Old Taskmaster opted for the Mediterranean focaccia and a coffee instead.

Out of the blue, no less than a minute after placing the order, John’s daughter sprinted out the door and in the general direction of the nearby supermarket. About five minutes later, John’s phone rings.

“Uhh, looks like we’re out of focaccia bread too! Is toast bread okay? I can make it as a sandwich?” John asks in the middle of that phone call, which apparently also involved him listing the fillings in the Mediterranean focaccia. “Yeah, you need cheese, olives, tomatoes, feta, margarine, sundried tomatoes…” John says to the caller.

After the call, John heads over to the coffee machine. “’Ole Taskmaster, there might be a slight delay with the coffee. In fact, it might come at the same time as your sandwich – sorry about that,” John says.

He then proceeds to call someone on the phone to say “Hi Hun… yeah… now are you still in the supermarket? Yeah, I just realised we’re out of milk too.”

Some minutes after that, your humble correspondent’s lunch (finally) arrived. And hey, at least it’s a safe bet it wasn’t sitting in the fridge all week…

Old Taskmaster says this: Does your business offer products that just aren’t selling, like John’s Pesto pasta? Or that you would have trouble delivering to your customers, like the focaccia? Perhaps it might be time to kill off some unviable products and focus more on the products you can deliver well.

Keep your business focused on your core competencies.