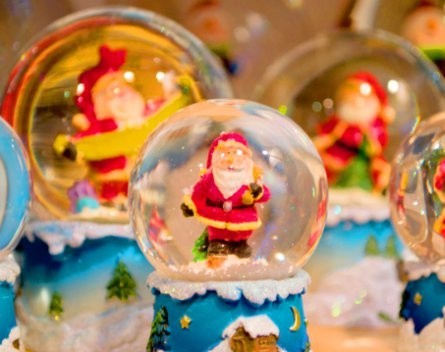 Wish lists are about to go public in a bid by Melbourne-based start-up Wish Registry to boost local retail and solve the anxiety around gift giving.

Wish Registry, a several month old start-up will launch November 18, in time for the Christmas retail push. Shoppers can create and share gift requests via the app.

Founder Claire Summers noticed a gap in recommended presents and believes she’s the first person to tap into a new space opened up by social media.

“Now it’s socially acceptable to tell people what you want to get. Social media made it ok, but no one has had the audacity to develop this idea yet,” Summers says. “For some reason, at the age of nine, you stop writing your list to Santa and we’re all worse off for it.”

The app is targeted at a customer segment that hasn’t been targeted for sales before, despite their disposable income: the reluctant shoppers.

“The reluctant customer is the largest part of the total consumer market. They’re the people who are running into stores at the last minute to get the present, with the same disposable income and no one else targeting a solution at them,” Summer says, adding that the app will drive consumers back to local retailers.

“For those in fashion, we’ve opened up their product to be part of the gifting repertoire for the consumer. Clothing is hard to buy for other people, and all of our partners sell personal items so they don’t often get purchased as gifts without direct instructions anyway, and this allows them to support that,” Summers says.

Customers will be able to buy online, or in bricks and mortar shops.

“There are a lot of fear reports out there about the death of bricks and mortar, but they’re not necessarily true. It’s still where most sales come from so it’s a relevant channel,” Summer says, who previously worked in sales and marketing for Wesfarmers.

“We’ve anchored ourselves in bricks and mortars retailers. From my own experience, I saw everyone run off to create their online presence, and they ticked all the boxes but they weren’t leading edge. Now all the Australian retail developers are trying to patchwork-quilt their online stores as there hasn’t been any innovation.”

Summers says she knew there was demand for this product based on the reams of reports she read, and her own personal experience. She also validated the idea with several senior retail managers across the country before she quit her job in April to work on the idea full time.

She’s been working with venture technology investor and start-up incubator Blue Chilli to develop the platform.

Summers adds that while the Blue Chilli support has been great, the hardest part of the journey so far has been being essentially a solo trader.

“Being an individual doing it has been hard. Blue Chilli has been great as a tech provider and partner, but when it’s just you going into these meetings by yourself, it can be intimidating,” Summers says.

Summers’s focus will be on building up her user base and retail partnerships in the coming year.