Say Ello to the new privacy debate on social media 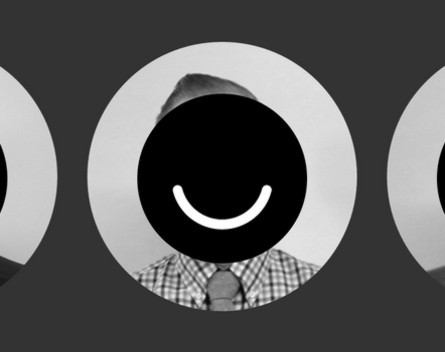 Ello is new social networking space on the web that is receiving a lot of attention of late – so much that it’s caused a few problems with the website out of action from time to time.

Ello’s new popularity is in part because it offers a different view to representing and monitoring our digital selves than Facebook. But Ello’s own privacy/public tradeoff is still evolving, and can teach us a lot about what privacy means online, and how contextual integrity, not just “personal integrity” matters.

Ello is a social networking platform that does not require people to use their real name when they sign up for an account (by invitation only at the moment). It protects users’ patterns of use (their metadata) from Google. It does not sell any member information to third-parties such as advertisers. In fact, the free service promises to remain ad-free forever.

Instead, Ello offers an artistic and vaguely grown-up vibe (nudity is OK) with lots of white space, monospaced font, and is the hottest place to be on the web at the moment (if you still haven’t been invited, then ping me).

Created in January 2014, Ello exploded onto the social media scene in late September after some of Facebook’s LGTBQ community in San Francisco were forced into becoming vocal and eloquent opponents of Facebook’s real name policies.

The reasons for not wanting real name identities in social media are varied, but taken together, they rally against Mark Zuckerberg’s oft quoted claim that:

[…] having two identities for yourself is an example of a lack of integrity.

Zuckerberg’s quote is taken from the David Kirkpatrick’s book The Facebook Effect. In it, Zuckerberg is explaining on a practical level how the amount of transparency the world now has won’t support a person having two identities.

But people who disagree with Zuckerberg’s vision for personal “radical transparency” in social life (online or off) are starting to look for alternative places to be social.

The alternative to Facebook that Ello offers seems closer to the wild west of the internet’s past: it’s experimental, run by the community for the community, and openly fumbling as it goes along.

The serious privacy concerns voiced by creatrixtiara a member of ello’s own community (who fled from Facebook) is one such fumble.

[…] there are specific elements of Ello’s privacy settings, deliberately designed, that make Ello actually way more unsafe than Facebook, Twitter, or other social media outlets and CMSes. And in our rush to embrace a Facebook replacement we need to be aware of what we are at risk for when using Ello.

In short, creatrixtiara calls out that there is currently no privacy in Ello! Everything posted is public. There are no controls to adjust who sees what and who contacts whom. As Ello’s documentation states (for now):

Ello is a platform built for posting and sharing public content. You should assume that anything you post on Ello other than private messages will be accessed by others. Search engines will be able to see the content you post. Content you post may be copied, shared, or re-posted on Ello and on other parts of the internet in ways that you and we cannot control.

Complete publicity for all posts provides a different set of expectations than the 1.1 billion people of Facebook are accustomed to.

This creates a cognitive dissonance of Ello being worse and better than Facebook at the same time. It also allows us a better understanding of how privacy works: Privacy is contextual and Ello is still building its own context.

Privacy expert Helen Nissenbaum remarks on the need to tie “adequate protection for privacy to norms of specific contexts, demanding that information gathering and dissemination be appropriate to that context”.

In short, context matters for what you share and how it’s shared. This is as true offline as online. Conversations among close friends are different in context, content and expectations of sharing than remarks given in a public domain.

As of publication, Ello has sent an email to its users stating that “the ability to block specific users from looking at your Ello feed and profile, and from commenting on your posts” is coming soon. The context of communicating and privacy on Ello are not yet written.

What is of interest as we navigate our personal identities is that Nissenbaum’s requirement for “contextual integrity’ flies in the face of Zuckerberg’s absolutist version of personal integrity.

Contextual integrity thinks about the integrity of the community and the platform rather than just the person. It understands that measures of decency, etiquette, sociability, convention, and morality are created not dictated. Ello’s growing pains are showing us an example of how these are created.

The irony of all this is that as the who’s who of the internet’s social media rush to adopt Ello, they are mostly doing so with their real names.

What makes Ello special, however, is that the people who do sign up under their real names, don’t have to. And they might also be singing up under pseudonyms, which allow them to create new vibrant communities publicly, without worrying about an ideal from Silicon Valley about absolutist personal integrity.

Luke Heemsbergen is a PhD Candidate at the University of Melbourne.