By George! Catch of the Day signs up Seinfeld star for new ad campaign 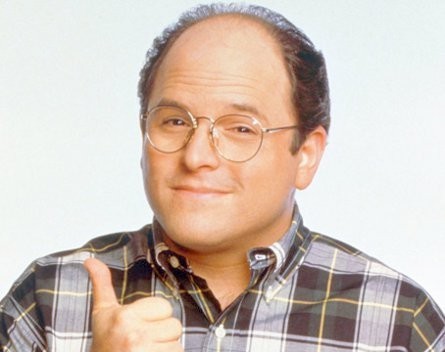 The power of the celebrity endorsement is undeniable, and Australian companies are keen to jump on that bandwagon. The latest is online department store Catch of the Day, which has managed to score Jason Alexander of Seinfeld fame to spruik its daily deals.

Catch of the Day is just the latest in a string of celebrity-focused endorsements which have spread over Australian television and outdoor advertising in the past few years.

Celebrity chef Curtis Stone has been the centre of Coles’ campaigns, while Big W has utilised Eric Stonestreet of Modern Family fame. ANZ has attempted to use Australia’s own Simon Baker for its ads – but with the weird choice of using an American accent.

So Alexander is just the next celebrity in line to appear in these types of ads – and he’s certainly not the first Seinfeld actor to appear in Australian marketing. (Michael Richards appeared in Vodafone commercials in the 1990s).

But as Marketing Angels chief executive Michele Gamble points out, these types of endorsements are used for a good reason – they provoke a strong emotional response from the consumer.

“This is quite a strong strategy,” she says. “You see companies doing it because it works.”

“It’s clearly only available to those who have the big budgets, but it works incredibly well when it’s relevant to the product at hand.”

Clearly, celebrity endorsements work on a simple level – take someone who is well-liked by a large population and then associate them with your product. It’s easy and it’s been done for years.

But as Gamble points out, this works best when the celebrity has something to do with the product in question.

“Curtis Stone at Coles, for instance, works really well. There’s a synergy there, but some companies do it because someone is recognisable. They’re not necessarily affiliated with the product at all.”

Regarding Jason Alexander, for instance – Gamble has some doubts.

“Seinfeld was a hit 15 years ago, but I wonder how many people, particularly Gen Ys, actually know who Jason Alexander is?”

Catch of the Day co-founder Gabby Leibovich told SmartCompany this morning Alexander was the “perfect fit” for the company’s brand.

“By being such a well-known and loved actor and comedian with universal appeal, by using him as the face of our brand also helps us to reach new audiences that may not know about us.

Whether the audience will react positively remains to be seen. Nevertheless, celebrity endorsements are all the rage. Here are five other Aussie companies taking advantage of offshore or local stars:

As Gamble says, Curtis Stone and Coles have a good partnership considering he’s a celebrity chef. While it’s not the most star-studded line-up, the use of a chef adds a sense of credibility to the whole thing.

The use of Stonestreet for a discount department store is really random and strange, but there’s no denying its power – Modern Family is one of the most popular shows on television.

Simon Baker is a well-known personality within Australia and the United States, so using him for an advertising campaign is a solid celebrity move. But the use of an American accent – with Baker playing the part of his character in The Mentalist – is confusing.

This isn’t so much of a celebrity endorsement, but using the brother of one of the most famous actors in the world, Brad Pitt, lends a nice sense of humour to Virgin’s campaign.

The online gambling industry has been scrambling for dominance this year. Signing on a well-respected actor such as Samuel L Jackson is a strange move, but his voice brings a sense of gravitas to an otherwise controversial topic.