The power of brave branding: Australian fashion start-up announced as a finalist for the World Retail Awards 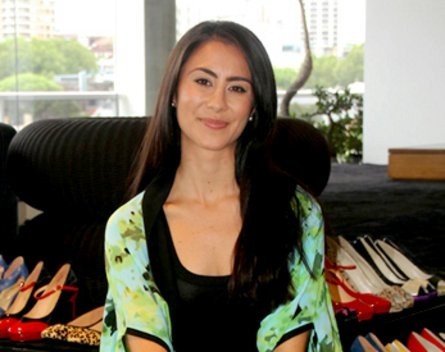 Australian online fashion start-up Shoes of Prey has been named as a finalist in the World Retail Awards.

Founded by Mike Knapp and married couple Michael and Jodie Fox in 2010, the brand has boomed over the last few years. Shoes of Prey lets users create shoes using its online design tool.

The brand has recently opened its first bricks-and-mortar retail store and is one of six finalists in the Store Design of the Year round.

Jodie Fox told StartupSmart the nomination was recognition of the power of brave brands, and that start-ups shouldn’t shy away from developing a strong and unique brand.

“So long as you are true to expressing who your brand is and providing a valuable experience to your audience, don’t be afraid to be bold and make a statement,” she says.

“Start-ups are designed to disturb the space they compete in. It’s been a really successful venture for us and we are thrilled to be listed as a finalist.”

Fox says the store was designed to showcase the creative possibilities of the Shoes of Prey brand.

“The store was meticulously designed, from the scent to the soundtrack to the sculptures, to engender an atmosphere of unbridled imagination that invites women to reconsider the way they shop for shoes,” she says.

Managing the rapid growth of Shoes of Prey across multiple areas of the business has been a challenge. Fox says the focus has been on ensuring the customer experience remains strong.

“This involves everything from improving the product, enhancing the website, to messaging our brand and then scaling production to keep up with demand.

“This process now involves the boutique, and while it’s a challenge, it’s also exciting to be able to bring a product that I love and believe in to more and more women,” Fox says.

Finalists for the World Retail Awards are assessed by a panel of 16 judges, including Myer chief executive Bernie Brookes.

The winners will be announced on August 2.