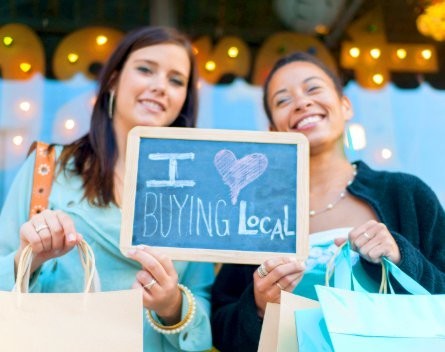 Shop Small, a national movement to promote and celebrate local small business owners is coming to Australia this November.

The campaign was first launched in the US four years ago by American Express. It has since run in Canada and the United Kingdom. The Australian campaign is supported by Energy Australia, MYOB, National Australia Bank and Virgin Australia.

Vice president of small business services at American Express Jason Fryer told StartupSmart bringing the campaign to Australia was the right thing to do.

“I’m excited we’re reconnecting all Australians to their small business communities. It’s absolutely the right thing to do given we all know people who run small businesses and want to bring more life into the small business economy,” he says.

While the US event is just a day, Fryer says they’ve expanded the campaign to a month in Australia to ensure they build up enough excitement and support, a lesson they learned during their first campaign in the United Kingdom.

“I’ve worked in other markets and the challenges for small business are common across multiple markets. The big area they all need support in is to have a bigger voice,” Fryer says.

Local accounting software provider MYOB will be giving away five $10,000 “business makeover” grants to five local businesses during the campaign.

They will also be giving away 100 vouchers worth $250 in November to customers who shop at registered retailers in the campaign.

“There is a strong culture of entrepreneurialism here, but we don’t do enough to support them. Often we hear debates that are only really relevant to very big companies, and we don’t hear enough about small businesses being factored into big decisions,” Reed says.

“Our vision has always been about making business life easier, so we feel one of the ways we can do that is to provide research into them and champion their needs to make sure they have a voice.”