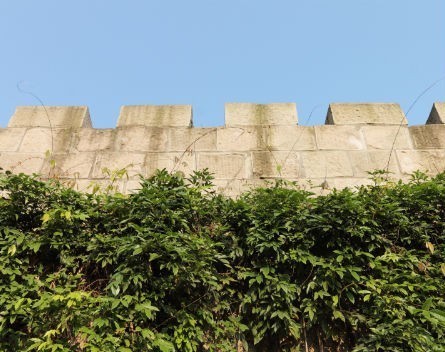 Silicon Valley’s rental market is notoriously competitive, but a new ad for housemates for a “startup castle” that aspires to be a “community of excellence” has gone viral by taking that to a whole new level.

Prospective housemates are required to “prefer organized [sic] systems and common rules” and “like petting dogs”. Having a “degree or job with a strong math/science requirement”, exercising “at least 15 hours in a normal week” and commuting “by car less than 20% of the time” are also key requirements would-be housemates.

Far longer than the list of requirements is the list of things that are frowned upon by residents of the Startup Castle, who are keen on roommates who are focused on the “geometric scaling of success”.

You can’t live in The Startup Castle if you have more than two tattoos, but if you connect them with a thin black Sharpie line you’re good

Among those barred from the Startup Castle are people who drink alcohol more than three times per week, use marijuana more than twice a year, have been prescribed anything by a psychiatrist more than once, or who have used any other drug more than twice in their entire lives.

Other big no-nos include having more than one internet app date per week, complex diets requiring lots of refrigerator space, having bills that get paid by somebody else, or listening to a song with explicit lyrics more than an once a day.

John Lakness, the “founder” of the Startup Castle, describes himself in the ad as a “data science consultant, Stanford ICME, former spec-ops fitness competitor”.

In an interview with CNN, Lakness denied any of the requirements – including the requirement not to wear make-up more than twice a week – are discriminatory.

“I don’t think there’s anything in the post that restricts intellectual or cultural diversity at all. [Sharing a common value system is] the type of diversity that we value and not so much the superficial diversity,” he said.

Meeting the long list of criteria earns you the right to a shared dormitory in Silicon Valley for the low price of $US1000 ($1243.65), with additional charges for “private bathrooms, car parking, and extra people”.

“I really think this is the best deal in Silicon Valley, but let me know if you think I’m wrong,” the ad states.