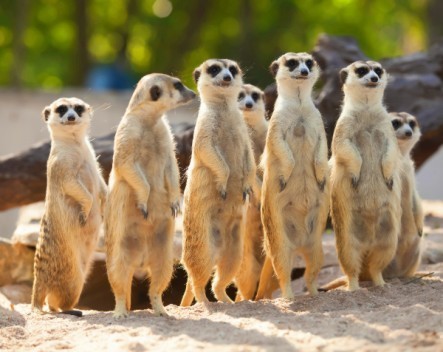 Social media has entered what is likely to be a wildly popular new phase with the advent of live video streaming apps Periscope and Meerkat. Both apps allow people to broadcast live video and sound from their phones to other people on Twitter. Periscope allows viewers to interact with the broadcaster in the form of text messages and sending “hearts”, the equivalent of Facebook likes, by tapping on the video.

On the surface, making everyone a “broadcaster” is a grand idea. As the announcement for Periscope proclaimed

What if you could see through the eyes of a protester in Ukraine? Or watch the sunrise from a hot air balloon in Cappadocia?

The idea is not necessarily new. Ustream for example has been providing a live streaming service for the past 8 years. The Occupy Wall Street movement showed the potential of live stream video to great effect by broadcasting demonstrations, live action, and interactions with the police. As immersive an experience it was, the problem with Ustream was that it wasn’t integrated with social media platforms and so discovering what was going on and reaching a large audience was difficult.

Twitter recognised this problem and solved it by buying Periscope for a reported $100 million. Twitter and Facebook have both recognised that video is is the next area of growth in social media. Although YouTube has long been held up as the service to beat, it is far less of a social platform than what Periscope is likely to be. From that perspective, Twitter has taken the lead in this space over Google and Facebook.

The problems facing these services however, are substantial. Already, the technical issues are surfacing with difficulty in viewing the livestreams because of the demand. Very few of the livestreams currently play, and simply say Loading before changing to Ended. Periscope, at least, offers the option of watching the recorded version. The cost of providing this service will be substantial and it is certainly not clear how Twitter will be able to monetise the service. From the user’s perspective, broadcasting using the phone’s cellular data is likely to limit the length of the streams and certainly have the mobile network providers seeing a surge in demand.

More challenging however, will be the social problems that a world of live streams. Encouraging millions of people with phones to broadcast what is going on around them to the rest of the world is going to raise enormous privacy issues. Already, videos with titles like “My Girlfriend Taking a Shower” suggest the potential direction this service could take as people race to the bottom in search of viewers. As in many other cases, social media has

Admittedly, these are early days for Periscope and it is possible that they were forced to release the service early because of the launch of rival service Meerkat. Although Meerkat has been reported to have raised another $12 million in funding, it is clear that as a service it is effectively dead when compared to Twitter’s offering. Twitter has already moved to block Meerkat from having access to information from Twitter vital to its social networking service. Meerkat’s only chance of survival is for Facebook to buy it in competition to Twitter.

Despite the problems, video is going to be the future of social networks. Mainstream media have yet another challenge to face with this new service and it is unlikely that they will deal with this any better than they have dealt with the rising challenge of Vine and YouTube celebrities.

As academic Clay Shirky predicted in his book “Cognitive Surplus”, everyone is capable of becoming their own version of a mainstream media producer. As Shirky said however, for every serious project that is created by the world’s cognitive surplus, there will be the cat videos. On Periscope, cat videos abound along with curiously a preoccupation with fridges.