Sports oriented: PLYR to open up a new field of communications 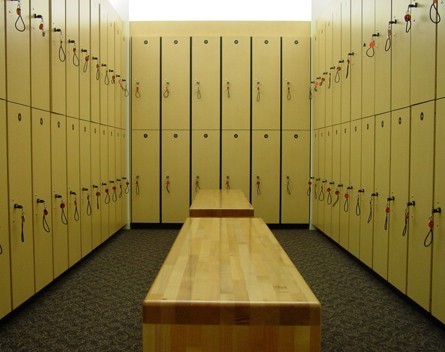 A Melbourne entrepreneur wants to create a ‘Slack for sports teams’ communication platform, catering to the needs of athletes for both private and public networking.

PLYR founder Andrew Whiteman says the service will incorporate two main verticals: a private LinkedIn-like ‘locker room’ filled with tools to help athletes improve performance, and a communications platform designed for the differing needs of the various members of a sporting team.

The platform is currently in an alpha beta testing phase with the services to be rolled out soon.

“It’s a really easy to use platform but also with features that are built to those specific stakeholders in sports teams.

“We want to build a team communications platform with layers of features dedicated to sporting teams.”

The platform will have a LinkedIn-style service for athletes to post their CVs and experience, and for coaches to scout the talent, creating a ‘sports social network’ of sorts.

There is a gap in the market for a communications service tailored specifically for athletes, Whiteman says.

“There is a great opportunity to have a central networked platform for athletes,” he says.

“It’s all very much managed by agents, so you’re really putting your future in someone else’s hands.

“Part of that will be a private locker room of tools to help athletes. What’s missing is that place where athletes want to plan their careers, plan their games, plan their years in private and set some great goals to go after them. That really needs to be in private.”

There’s also the team communications side of things, with Whiteman saying his own experiences of playing in an array of clubs led him to come up with it.

“There wasn’t one team that I was in that used a great team communication tool,” he says.

“Lately they’ve been using quite complex, hard to manage systems that just haven’t really cut it at a professional level.”

From futsal to professional rugby

It’ll be a free service with an additional premium option, and will be targeted at clubs of every shape and size, from school teams to social indoor soccer clubs.

“There’s definitely a gap in the market for club-level team communications to share information within a secured environment around your team’s moves, opposition analysis, timetables for where you’re playing and what time the bus is leaving,” Whiteman says.

“The target market is very much your club-level through school and then even a social team of five-a-side football.”

The service has been created on the back of small investments from family and friends, and Whiteman says he’ll be on the hunt for larger investments in the “next few months”.