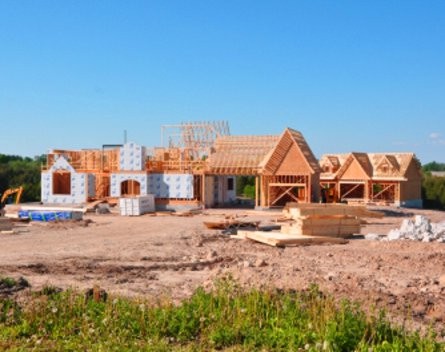 Yes, a “rate rise looms”. Watch the commentariat stop all that rate cut talk and start to talk confidently about the coming rate rise after a sharp improvement in retail sales in February and January, and better-than-expected building approvals for February.

Yep, those business economists and other market mouthpieces will now be out waxing lyrical and warning of a likely rate rise before Christmas (another Melbourne Cup rate rise?!), while those from the conservative side of politics and economic commentary will be hoping for one before the September 14 election – payback for 2007.

The solid rise in retail sales for a second month tells us the rate cuts from the RBA are finally spurring increased activity in the sluggish bricks-and-mortar retailing sector in this country, although the data still had the recent bias toward food (+0.3%) and away from traditional retail (department stores –0.1%) to it.

Along with a sharp improvement in the February trade balance (which fell by more than $1 billion as reported by the ABS yesterday, and failed to get much coverage this morning), another solid month in March for car sales, and that big gain in jobs in February, the latest data will end talk of another cut in the cash rate from the current 3% level.

The Australian Bureau of Statistics reported this morning that retail sales rose an estimated 1.3% in February (seasonally adjusted), after a restated 1.2% rise in January (0.9% when the data was originally issued) and a restated 0.5% fall in December (a fall of 0.4% previously).

The market had been looking for a 0.3% rise in retail sales, so the actual gain of 1.3% was well above all expectations. It was the biggest monthly rise in retail sales for more than a year and surprised the market, with the dollar climbing nearly half a cent, close to $US1.05 as traders wound back their hopes for a rate cut.

Based on sales gains for the three months to the end of February of a net 2% (seasonally adjusted), retail sales are running at a 8% annual rate, which could start to worry the RBA if sustained into the third quarter of this year. On a trend basis, the rate is close to 3%, which is manageable, but for much of 2012, the annualised trend rate was just over 2% or a bit less at times, so there has been an obvious pick-up in retailing since the start of 2013.

And this morning’s February building approvals data showed a continuation of the gains in private housing. They were up 0.5% in February (seasonally adjusted) after the previously reported 3.2% gain in January. In trend terms there was no rise, but that was an improvement on the weakness in January.

Overall, building approvals were up 3.1% in the month after two months of falls. Economists had been looking for a gain of 2.5% in building approvals, so the 3.1%, too, was a bit of an overshoot. The rise was due to 1.5% seasonally adjusted increase in the volatile flats and units sector. They remain 24% higher over the year to February, while private housing approvals were up 2.3% after being down 2.1% in the year to January.

Barring an offshore crisis in Europe or China, the RBA’s rate cutting is over and, so long as inflation remains under control, those hoping for a rise anytime soon might be disappointed. RBA governor Glenn Stevens said in this week’s post-board meeting statement the bank expected inflation between 2% and 3% for the ”next one to two years”, indicating the central bank is comfortable with where the economy and rates are now heading. The RBA’s self-appointed task of managing a transition to a post-mining boom, more traditional economic growth phase remains on track.

As for the government, the better the economy gets, the worse it seems to do in the polls. It’s the economy, stupid? Evidently not.