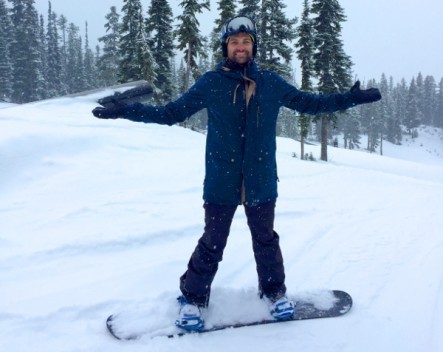 A Sydney-based startup is looking to help people all over the world who are interested in skiing and snowboarding connect online and plan trips together.

GoSnow is a social media app set to launch on iOS and Android devices for those with a passion for snow sports.

Founder Sean Bellerby told StartupSmart he started working on the social networking platform because he wanted to combine his love of skiing with his software skills.

“I’ve done a lot of snowboarding in my time, and my mum used to run a skiing school, for example,” he says.

“And through all of these trips I’ve done I’ve realised people end up skiing or snowboarding on their own for whatever reason. And the reality is that skiing or snowboarding is so much more fun with friends, which is a huge driver for what I’m doing. There’s been trips I haven’t done because I couldn’t find people to go with – they were tied up due to work, family or finances.”

Bellerby says he believes there is strong demand for his app, with the startup already snapping up more than 20,000 likes on Facebook without a publicly available product.

“We’ve got full integration with Facebook so you can see if you’ve got shared friends and interests and we look at if you have skied in the same place in the past,” he says.

“The people you are going to connect with are either going to be in the same ski town as you or you’re going to be planning the same trip with them. I believe the timing is right for it – if you can potentially go and meet a life partner from an app, why not go and meet a potential new friend who you can go skiing or snowboarding with?”

The GoSnow app is set to launch on iOS devices this week and an Android version will be rolled out shortly after.

Bellerby says he’ll be teaching snowboarding in Queenstown during this year’s snow season, which will be an opportunity to validate user demand and gain feedback to improve the user experience.

“We’ve done a small amount of advertising with Facebook which has worked really, really well for us in terms of validating that there is a market out there for what we’re doing,” he says.

“I’ve already got attention from investors, but we’re just waiting to prove the business model over the next three months.”