Think you’re the next Google? Here’s a New Year’s resolution from Steve Jobs 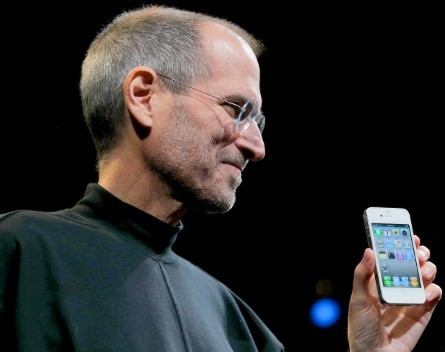 Recently, your loyal correspondent made the long drive down from Parts Unknown, high up in the hills, to attend a startup pitching event at a local coworking space.

With a look of sheer terror not too dissimilar to someone who had just found a giant huntsman lurking in their letterbox mere moments earlier, the first entrepreneur took the microphone.

“Our crowdsourced pet holiday startup is the Uber of the boarding kennel industry!”

This was a most peculiar comparison. After all, leaving your beloved pooch in a taxi is the last thing you’d want to do during your annual three-week summer sojourn to Tahiti. Old Taskmaster sincerely doubts many dog lovers would commit such an act of barbaric cruelty against their pets!

Amidst jeers at the first entrepreneur, the next one stepped forward.

“We’re the Google of carpentry skills!” the entrepreneur said.

Again, this clichéd metaphor left your humble correspondent most confused. After all, if you want to find something out about woodwork, why not just google it – on Google?!

“We’re the Facebook of the aged care sector,” a third entrepreneur proclaimed.

All three entrepreneurs also cited Steve Jobs as a hero and business role model. And as riveting as their pitches sound, yours truly soon began daydreaming about what it would have been like to hear an actual pitch from the late Mr. Jobs.

For example, if Steve Jobs were pitching for sales, sometime back in the late 1970s or early 1980s, would he have just taken to the stage and limply exclaimed “Apple is the IBM of the personal computer market”?

Stuff that! No, Steve Jobs would have taken the stage and likened IBM to Big Brother!

And not the lame reality show that was once hosted by Kyle Sandilands and should have been killed off a decade ago. No, Jobs would have likened IBM to the fictional dictator “Big Brother” in George Orwell’s classic dystopian novel Nineteen Eighty Four.

“Apple is perceived to be the only hope to give IBM a run for its money. Dealers, once welcoming IBM with open arms now fear an IBM dominated and controlled future! They are increasingly and desperately turning back to Apple as the only force that can assure their future freedom!

“IBM wants it all and is aiming its guns on its last obstacle to industry control – Apple! Will ‘Big Blue’ dominate the entire computer industry? The entire information age? Was George Orwell right about Nineteen Eighty Four?!”

If you haven’t seen that keynote already – and shame on you – here’s the keynote.

The moral of the story? Avoid the clichés!

Forget about calling yourself the “Google of your sector” or “the next Facebook”. Frankly, every venture capitalist on the planet has heard those lines a 1000 times from aspiring entrepreneurs!

Instead, make me care about your pet holiday marketplace! Tell me about that humanitarian crisis that can only be solved through a social network for the elderly! Rage against the machinery of the evil organised carpentry cartel that your startup is about to smash like a hammer!

Don’t tell me why your startup will be the next Google – tell me why it will be better than Google. It’s what Steve Jobs would do.