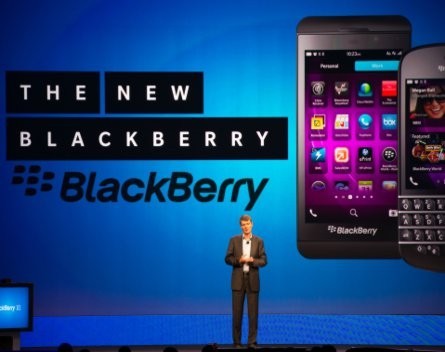 Old Taskmaster has a riddle for you: If a blackberry in a forest completely replaces its operating system, but no one is around to market it, does it make a sound?

Back in the late ‘90s, a company (formerly known as Research in Motion) came out with a series of pagers, and later smartphones, under the BlackBerry brand name.

Through the early-to-mid-2000s, many businesspeople carried their work-subsidised BlackBerry in their pockets, alongside their personal mobile (usually a Nokia with a replaceable cover and an annoying polyphonic ringtone).

In many ways, the BlackBerry was ahead of its time. While Nokia users crammed as much as possible into a 25 cent SMS text message, BlackBerry users sent emails on the go, installed basic apps and looked up websites using the standard work phone of the era.

Still, annoyances were many. The small plastic keyboard buttons were too small for anyone with fingers thicker than a pencil, the interface must have been counter-intuitive to even its own designers, the annoying trackball thingy didn’t actually track where you wanted to go and the browser made Netscape Navigator (kids, ask your grandma) feel like a digital utopia. Of course, you only got to experience all this when the blasted thing finally loaded.

By the time Steve Jobs released his Neonode/LG Prada knockoff (sorry, the Apple iPhone) and Google launched Andy Rubin’s Hiptop follow-up (you know, the Android), the platform looked utterly out of date. In fact, it was downright embarrassing – like using a Snoqualmire widget instead of one from Taskmaster Enterprises.

In between bleeding cash, haemorrhaging market share and coughing up corporate jets, a wounded BlackBerry completely rewrote its operating system and redesigned its hardware. From scratch. Right down to the very kernel of the operating system – the Java Virtual Machine of the old Blackberry was out, a powerful microkernel called QNX was in.

In January of this year, the new BlackBerry 10 platform was released.

The company also released two Blackberry 10 smartphones – a (Neonode/iPhone/Samsung Galaxy-style) full-screen touchscreen called the Z10 with no keyboard or trackball at all, and a second one called the Q10 with both a touchscreen and an old-style keyboard.

Aside from being compatible (as of the next major software update) with most Android apps and having a full touchscreen interface, the new operating system has a whole bunch of features that don’t exist by default on iPhone or Android.

Almost all of the old annoyances are gone too. If you don’t like the default browser, for example, you can download a new one from the app store, just like with an iPhone or a Samsung Galaxy. The BlackBerry Z10 also has a touchscreen and an on-screen keyboard, just like an iPhone.

But despite a few billboards, there has been precious little marketing for the new platform. What little there has been emphasises the new devices are BlackBerries rather than emphasising this is an entirely new operating system and different to the old BlackBerries people used at work 10 years ago.

Just in casual conversation with a number of entrepreneurs, Old Taskmaster has observed the big redesign has not sunk in amongst the platform’s target market – within the business community. If you say “Blackberry” the mental image is still of a pager with a plastic keyboard and a trackball, rather than a modern touchscreen phone.

Suffice to say, it was not altogether shocking when news broke its marketing director has now left company.

The lesson of this saga for your start-up is simple: If the public perceives your product has shortcomings, changing your product and fixing the flaws is not enough, no matter how drastic your changes are. You need to hammer home the changes in your marketing and communicate them clearly to the public.

So are you considering making any changes to your products? Or are there any false perceptions you need to correct? Learn a lesson from BlackBerry: Think about how you’re going to market those changes and correct those false perceptions first!