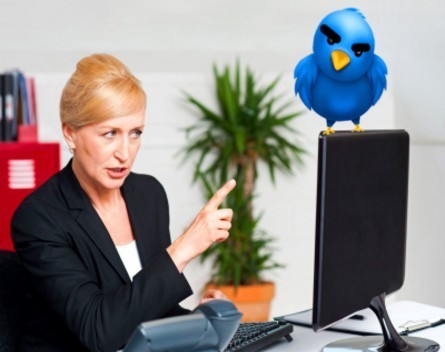 According to the figures released on Twitter’s blog, women made up 30% of its overall workforce, but just 10% of its tech employees.

Female representation in leadership roles was only slightly better, at 21%, while its non-tech workforce was split at 50%.

Its employees are predominantly white, making 59% of its overall workforce, while 29% were Asian.

In the post announcing the figures, Twitter’s VP of diversity and inclusion Janet Van Huysse acknowledged the company has a lot of work to do.

“It makes good business sense that Twitter employees are representative of the vast and varied backgrounds of our users around the world,” she says.

“We also know that it makes good business sense to be more diverse as a workforce – research shows that more diverse teams make better decisions, and companies with women in leadership roles produce better financial results.

StartupSmart asked some of Australia’s largest tech companies, Atlassian, Envato, Freelancer, Campaign Monitor and 99designs, if they planned on providing a similar breakdown of their own employees.

Like Twitter, Google and LinkedIn, Freelancer publicly discloses its diversity figures, the latest of which were released in the company’s 2013 annual report.

Women make up 33% of the Freelancer’s total workforce, while there are no women in senior executive positions or on the company’s board of directors.

Freelancer regional director, North America and Oceania, Nikki Parker says under the team’s board and senior executives, there are six senior leaders in the company’s Manilla office, in addition to herself, who occupy senior positions in the company.

“We value gender diversity in our organisation and we are committed to making our company accessible and enjoyable for people of all racial, sexual and gender orientations,” she says.

“Our board assesses our gender diversity breakdown yearly and we constantly strive towards having an equal opportunity workplace.”

Campaign Monitor’s Stephen Jesson says releasing figures in such a way is something it might consider making available down the track, but isn’t looking into making it available in the near future.

“In the meantime however, we do have a public facing Meet the team page available on our site,” he says.

“So that should give a rough indication of our current employees at present.”

99designs has a similar offering, but was unable to comment on Thursday.

Nor was Atlassian, which was unable to respond due to time zone and scheduling restraints.

Earlier in the year Atlassian developer Jonathon Doklovic compared plugin execution framework Maven to his girlfriend saying that although she looks beautiful she “complains a lot, demands my attention, interrupts me when I’m working” and “doesn’t play well with my other friends”.

Atlassian co-founder Mike Cannon-Brookes apologised for the remarks, which Doklovic made in a slide at a developer conference in Berlin.

“The content does not reflect our company values – nor our personal values as co-founders and individuals. Quite simply, it’s not OK,” he says.

“Our leadership and non-tech teams are quite diverse, but there’s lots of work to be done to address the gender imbalance in our developer group,” she says.

“We’ve set up what we call the ‘League of Extraordinary Inclusiveness’ within the company. It’s a project group that includes both male and female developers, women in leadership roles in the company, and members of the HR team.

“It meets weekly to work on ways to increase gender equality at Envato, as well as more broadly in the Ruby community, as our developer group are primarily Ruby developers.

“We want to continue to be involved with amazing projects like Rails Girls, She Hacks and Geek Girls through sponsorships and mentoring.

“The next steps for us are things like internships, better training, better diversity-focused recruitment, and organizing events and summits to support women in technology.”