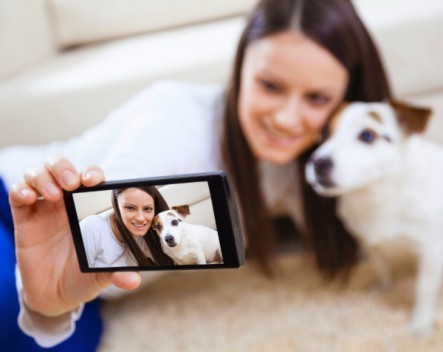 With the pervasiveness of social media, it is still an unanswered question as to how fundamental a role it plays in everyone’s lives. Part of the complexity comes from the fact that we regard social media as being a uniform thing.

That may be true in as much as what we are doing on social media is sharing something with one or more others, but actually that is not the case for most people. A large number of people never share anything directly themselves. In the case of Twitter, 44% of users have never tweeted. Of those that had, a further 43% had not tweeted in the last year.

The situation with Facebook is similar, although as there are more ways to interact on Facebook, the number of people at least “liking” posts is higher than the number actually posting content themselves.

Videos and photos drive our use

Surveys carried out by the Pew Research Center all show that the majority of people, are consumers of content on social media platforms, not producers. Seeing photos and videos is given as the leading reason for women, and a major reason for men, for using Facebook.

In the Pew Research’s annual social media survey, picture sharing site Instagram grew the most of any social media platform in 2014. Instagram is now more popular than Twitter. For Facebook, Instagram’s owner, this is welcome news because its main platform has stopped growing in the US, sitting on 71% of the US population of Internet users.

It is older Gen X that are leaving Facebook – not teenagers

Although a large part of the growth in Instagram’s users has come from the 18 – 29 year olds, it is the 30 – 49 year olds who have abandoned Facebook, with a 6% decline over the previous year. This group seems to have moved to Instagram as well.

The overall takeaway from the Pew’s social media survey emphasises Facebook’s dominance when it comes to social media. On the flipside, Twitter continues to struggle, which is bad news for a company that has yet to find a way of making money that doesn’t alienate its users even further. Right now, Twitter has launched its “sponsored tweets” which appear regularly in a user’s stream, interestingly, more frequently in the mobile version of Twitter than the web one. It also has started “sponsored following” that makes it look like people are following specific brands. This has drawn fire from celebrities in particular who claim that this makes it look like they are endorsing specific brands by following them, when they haven’t.

The other key feature of the survey is the centrality of photos and videos as the favoured things people like to share and see. On this basis, a site like YouTube, which has 1 billion users would rival Facebook as the second most popular social media site. YouTube is not normally considered to be a social media platform, even though its purpose is to share content with other users.

Facebook is ramping up its efforts to compete with YouTube for video. Last year, it featured exclusively on its site, short films based on the “Twilight” story. It won’t be surprising to see Facebook compete with YouTube on the content production side as it continues to extend its platform into even more of a media site.

Twitter is also planning to release its own video service in the next few weeks. Given the nature of the network, this is still focussed on people sharing video that they capture and edit themselves and so will presumably not encourage people to use it as a general video streaming service with shows and films like YouTube.

Social media, not quite as revolutionary as claimed

Social media has stopped short of the revolutionary technology that was supposed to transform society and our daily lives. It has become embedded as a good platform for content and information which overall, is largely positive. With new platforms like ello failing to gain traction, it is unlikely that Facebook’s dominance will be challenged. Any changes in the social media landscape are likely to come from new features that Facebook implement rather than newer players in the market. Twitter’s future is much more precarious and it is hard to see them being able to continue for very much longer in their current form.