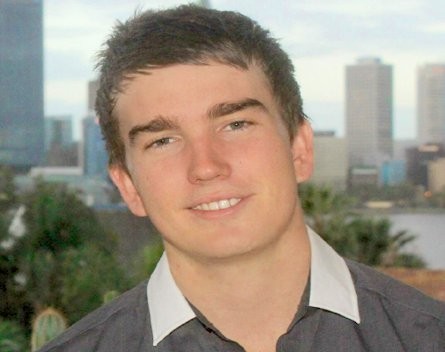 Perth-based start-up Addition Clothing has revealed how it spent just $100 on marketing to make a 500% return, after disseminating 20 $5 notes in people’s letterboxes in the hope of turning them into customers.

The brand is based on a simple concept: “You Wear. You Give”.

Each T-shirt is assigned a tier – either tier one, tier two or tier three – which translates into real items that are donated to people in need in places such as the Philippines and Zimbabwe.

For example, part of the profit made from the purchase of a tier one T-shirt is used to donate a hat or flip-flops, while the sale of a tier two T-shirt translates into the donation of a bicycle.

The Addition Clothing team has bootstrapped the start-up themselves and was originally working for nothing, choosing to spend most of their money on product.

According to Billingham, this left very little money for marketing. In fact, all they could manage to set aside was $100.

The team was then faced with the following task: What is the best, most efficient and innovative way to raise the company’s profile with only $100?

In the midst of a brainstorming session, Billingham had an idea.

“If we put 20 $5 bills in random letterboxes with a branded note saying ‘Put this towards your first Addition T-shirt’ and have a little explanation of what Addition Clothing is, then I think this may work.”

The team agreed to test Billingham’s idea, and the plan was implemented. According to Billingham, the results were “outstanding”.

“We gained many brand ambassadors and got 500% return on our investment,” Billingham told StartupSmart.

“We figured that receiving a random $5 bill in your letterbox was so unusual that it would be worth talking about.

“The receiver would become a brand ambassador, telling their friends and family about it online and offline. So even if they didn’t buy a T-shirt, it was worth the $5.

“It was a huge risk that paid off, thankfully.”

Billingham is quick to point out that while it was a risky idea, it was handled with care.

“We did take some precautions to minimise the risk, such as deciding the areas to drop the $5 bills in and making sure the note was compelling enough for them to talk about it,” he says.

Billingham also insists Addition Clothing is a brand, not a charity.

“[Addition Clothing is] a brand that wants to make a difference; we work closely with our charity partners to achieve this,” he says.

“Secondly, this is not a marketing campaign. This is our brand – we will always donate.”

Addition Clothing isn’t Billingham’s first venture into the world of business, and the letterbox drop isn’t his first attempt to attract customers in a novel way.

Billingham is also the co-founder of Squeeze 1, a website where entrepreneurs and companies can test their ideas before investing in them.

Earlier this year, Billingham and his business partner promised to have the Squeeze1 logo tattooed on their body if the website reached a certain number of signups before launch.

“We needed something a bit controversial to get people talking,” Billingham told StartupSmart in February.