What local social network startups need to do to thrive 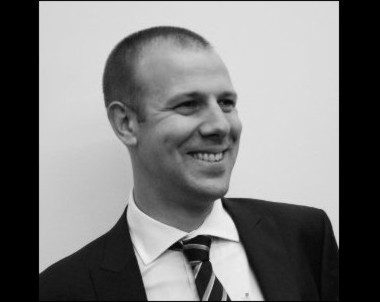 Social network startups in Australia need to “carve out their niche” if they are to survive and prosper in a highly competitive environment, according to Dean Serroni, the founder of a Melbourne-based app that started out as a home for people’s complaints.

The idea for Vent came about in 2013 as a way for people to rant and support each other online, while at the same time not damaging their “online personalities” on general purpose sites like Facebook and Twitter.

In recent years there have been a large number of Aussie startups hoping to capitalise on the internet’s tendency to bring people together – everything from social networks for new mothers to an airport meet-up app. And, more recently, online communities based on your suburb.

Serroni told StartupSmart Australian social network startups need to “stick to their guns” or risk being made irrelevant in the shadow of the bigger players.

“If you want to carve out your niche, every direction you take with your app needs to be for that niche,” he says.

“You can’t compromise what you are doing just because other networks are doing it. If your app is too similar your offering will become diluted and you’ll become just like anyone else.”

Sticking to the startup’s original vision has seen Vent grow to have a total of around 30,000 users in a matter of months. Next year Serroni wants to reach the 500,000 mark after the release of “version two” of the app.

“We’ve actually had to try to throttle our growth a little bit in the last month because we want the growth to occur when the new version is out because we think we’ll get more retention at that point,” he says.

Serroni describes version one of the app as a “barebones platform” that allowed his team to “test the waters”.

“Version two is around increasing and broadening the way users can connect on an emotional level. We’re introducing the concept of emotion categories.”

Previously, the social network allowed people to express themselves using five emotions on a scale of anger. The release of version two next year will see users have a wider range of emotions to choose from – including more positive ones. Users will also be able to ‘hug’ or ‘WTF’ a user’s post in the same way that Facebook uses ‘likes’.

“Some users want to know they’re being listened to [by other users] but not have them pretend they understand their situation. We’re trying to provide lots of flexible ways they can engage with one another to provide that variety.”

This issue is familiar to anyone who has had a Facebook friend post terrible news – liking the status is probably not appropriate and sometimes a comment is not going to help the situation. So could Facebook eventually embrace additional functions to the humble ‘like’? Not so, according to Serroni.

Vent will be available on Android devices next year. Version two will also see users have more control over their content and be able to more easily block users they feel are harassing them.

“We’re going to continue in our belief that we’re all about a supportive community and we’ll provide features that will respect that vision that we have,” Serroni says.