What you have in common with Richard Branson 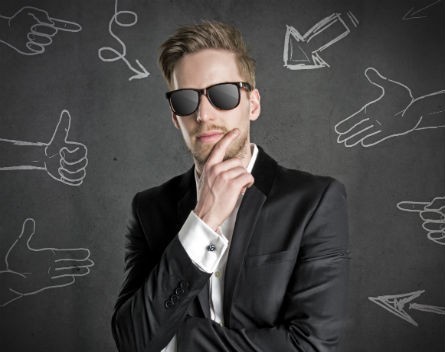 Let’s face it. Some of us are a little more comfortable with being the face of our brand than others.

And why not? There are now literally thousands of media outlets ready, willing and able to publish the words of wisdom of any successful business operator in an attempt to attract more eyeballs and more (predominantly) advertiser dollars.

In return, these entrepreneurs get to promote their own brands for nothing. Somewhat perversely to some, sometimes they even get paid for that pleasure!

Not for the faint of heart

To the less spotlight-seeking business operator, there is nothing worse than being the centre of attention in this way.

But thanks to the more personal attributes of digital marketing, we are inadvertently becoming more and more associated with the brands we represent.

There are a number of key drivers of this new way of representing your brand, most of them associated with the new role of content and the way people like to receive it.

Thanks in the main to social media, our personal networks are much bigger than they were prior to the internet’s proliferation. Whereas it once took considerable effort to do something useful with the business card you’d just been handed, nowadays a range of communication avenues means that your relationship can become consolidated much faster and in a way that suits both of you.

And when you do connect, all of your personal details are there for your new connection to see. That means that we as individuals can often be remembered much more than the businesses we work for.

And social networks mean that we also can see each other’s connections – often paving the way for relationships that were simply not possible previously.

Of course given the various digital distribution media literally at our fingertips, we can easily distribute our content (see below) to these connections which – when you include the millions residing in social network Groups, can easily reach six figures.

Because email is the electronic extension of good old mail, we expect it to be created and delivered by an individual instead of an organisation. Those that blast out an email without this face of the brand are likely to hit the Trash faster than you can say ‘delete button’.

This means that the names of individuals become familiar to us as they (ideally) continue to appear in our Inboxes.

Content marketing – despite it having been around for centuries, is now one of the most hyped forms of marketing there is, thanks to the more viral nature of the internet than its predecessor media.

This content can be in many forms – blogs, podcasts, videos, eBooks and more.

As we well know, Facebook was never intended to be used for business networking. The use of Facebook in business is a relatively late development in what was originally a social networking platform for university students.

Perhaps this is why Facebook doesn’t allow ‘Businesses’ to join its popular ‘Groups’, reserving admission exclusively for individuals. This means that if you want to participate on behalf of your business, you can only do so under your personal profile, meaning that connections become far more familiar with you as an individual instead of your brand.

And allowing prospects to know more about our personal lives than they otherwise might!

Sometimes this crossover of our personal and business lives can be uncomfortable and even confronting.

But the more we come to embrace and eventually master this new content and networking paradigm, the more we get our names, and in turn our businesses, out to a growing number of prospective customers.