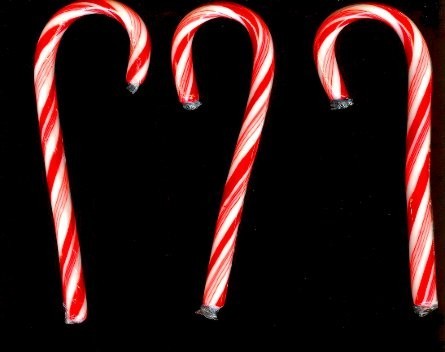 It’s not easy to simultaneously offend and inspire Old Taskmaster, yet one local businessperson has managed to do precisely that.

As long-time readers will know, there’s a store just down the road from Taskmaster Towers that sells sweets.

And, when work and weather permits, Old Taskmaster sometimes trundles down to purchase a bag full of hard boiled lollies. The old-fashioned kind that shatter your teeth into a million pieces if you even contemplate sinking a tooth into them: The bitterer, the better.

The shopkeeper of this establishment is a grandfatherly Midwestern gentleman named Hank. Old Taskmaster barely needs to step foot in the door and already the Wisconsinite has gathered a bag full of the sourest confections in the store.

“Ole Taskmaster, been waitin’ for ya. Got yer [sic] bag o’ sour cherry candy ready for ya, donchya [sic] know,” he says with a grin.

Perhaps such a level of familiarity and service just comes with being a regular? But then again, the other day when a younger shop assistant was on the lunchtime shift, they somehow managed a version of the same routine.

Well, the plot thickened when I walked in earlier today. Old Hank was out the back, so Old Taskmaster decided to have a little stickybeak around the shop.

Tucked behind the counter, old Taskmaster couldn’t help but notice a ledger book hidden under the jar of lollipops.

That dirty rotten scoundrel! The curmudgeon! The creep! The rat! The nerve of it all!

The genius! Sure, there’s the misdemeanour of leaving customer information (digital or otherwise) in plain sight. But this gentleman has also found a (decidedly old-fashioned) way to not just collect data, but proactively use it to improve his customers’ experience.

Well, Old Taskmaster says this – if you collect customer data, there are a few things you need to think about. Do you use it effectively to enhance the customer experience or are you just wasting resources by hoarding it for the sake of it?

Also, is your data as secure as it should be? Does your web designer or IT person take precautions to prevent it being hacked? Or is it left unguarded like a lollyshop ledger? Be warned: there are legal risks (and the very real possibility of angry customers) if you do.

It’s time to think about how your business handles its data.