When is your sweet spot for sending eNewsletters? 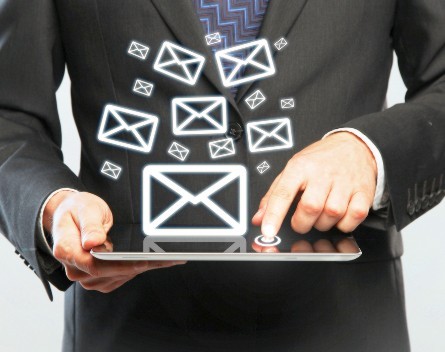 Are you sending your promotional emails at the right time?

Regular readers of this blog by now will well be familiar with its penchant for good old eNewsletters.

This ‘ugly duckling’ of digital marketing techniques also happens to be one of the most effective, despite increasing competition from newer and shinier tactics.

The massive advantage email has over its younger and sexier digital marketing siblings is the intimacy it has with its recipient.

Closer to the heart

No other digital medium quite has the same cut through as the email, which by its nature has to be considered by its recipient prior to action being taken.

Mobile advertising (by text) is considered as being more invasive of its recipient, while posting or advertising within social networks is easily bypassed and hence ignored.

On the other hand, email sits politely in our inboxes until we do something about it. Even if we delete it, we have still captured the attention of the recipient for at least a few seconds, which reminds them that we are still here and still interested in doing business with them.

Even just to be in their Inbox at all means that we occupy a fairly important place in the recipient’s world, or otherwise we would be unsubscribed at the earliest opportunity.

So the value of becoming and staying subscribed cannot be underestimated. It’s a lofty position to occupy.

So once a recipient does opt in to our list, is there an optimum time at which to send your email?

At first glance, the answer appears to be ‘no’. Email is a ‘time-shifting’ medium. You can view and respond to it whenever you like.

But closer inspection and experience in fact tells us otherwise.

Whilst we may have a compelling piece of advice or product information to impart, if the recipient isn’t in the correct ‘mode’, your email will hit the trash faster than you can say ‘click through rate’.

Because despite the value of your message, recipients still consider email sorting and viewing another task in their already demanding schedule.

So if your recipient is in ‘inbox culling’ mode, your carefully considered and composed message will quickly be despatched without so much as opening it.

This culling often happens when the recipient has not had a chance to attend their emails for an extended period. Typically after these times, your recipient will be keen to clear their inbox to make way for more important emails.

So anything that is vaguely irrelevant or inconsequential will soon get culled.

Times that fit this description will depend on the kind of recipient you are targeting. Business (or B2B) recipients will typically work during office hours. So emails will accumulate after hours, on weekends and during holidays.

So any email sitting in their Inbox after these times has a greater chance of being mercilessly deleted.

Conversely, if you can hit their Inbox when it is relatively empty, your chances of being read and even opened are much higher – you have much less competition for its attention.

To this end, I schedule my business emails to be sent out after 10am and before 4pm between Tuesday and Thursday because Mondays will be competing with a whole weekend of inbound email and Fridays are a day when recipients are working hard to get their tasks completed prior to the weekend.

Consumers will also experience extended times when their inbox overflows. However, these are less predictable than business recipients whose timetables are generally fixed.

Consumers may only open their email once a week or less, which gives it plenty of opportunity to overflow.

The great thing about the various email marketing systems that are now available is that they provide accurate and extensive information about your email campaign.

Open rates, bounces, forwards and so on are all measured and reported, allowing you to assess the success of your campaign.

They also mean that you can experiment with various ‘send times’ to find out exactly what the most effective times are.

Once you nail this, your emails will enjoy a higher success rate, which ultimately will lead to more conversions into sales – for no extra cost at all, so it’s an exercise well worth embarking on.