When it comes to generating revenue, Twitter is the most valuable social channel in Australia 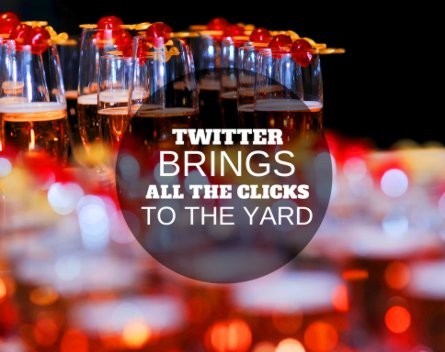 Events e-commerce platform Eventbrite, which officially launched in Australia in March, has released data to quantify the return on investment (ROI) social media is having on those who use it to promote and market their events.

By analysing all sales across its marketplace in 2013, Eventbrite found that a single share on social media generates nine visits to an event page and $4.80 in additional revenue back to Australian organizers. This compares with a return of $3.70 (AUD) globally.

Twitter shares are the most effective generating two to four times more revenue and pageviews than other social channels.

The findings from Eventbrite’s data analysis, which have not included Australia before, offer a great insight into the monetary and promotional value of a customer sharing through social channels – namely Facebook, Twitter and LinkedIn.

Eventbrite’s International Expansion Manager, Elsita Meyer-Brandt told StartupSmart that the findings could be extrapolated to other marketing activities though for their purposes they were purely focussed on events.

“The bottom line is that social media is an effective way for people to promote and generate revenue for those in the event space,” Meyer-Brandt says. “This is especially important for startups trying to build a community around their brand.”

The value of customers sharing on social media

“If you think about it, every share is essentially ‘free revenue’,” Meyer-Brandt says.

For additional sales, on average it takes four shares, with Twitter again being the most effective channel, with only two shares resulting in an additional sale, followed by Facebook and LinkedIn both at five.

Compared to Facebook and LinkedIn, Twitter is by far the most effective driver of revenue and traffic in Australia. Over the last two years, Eventbrite has seen Twitter’s influence increase while Facebook’s has decreased.

Meyer-Brandt believes this is because Facebook feeds have become cluttered and news feeds are potentially becoming less relevant.

On the other hand, she says Twitter is less saturated, meaning less distraction for users.

Events that have the most social shares

The types of events that see the most value from social media sharing are food events and performances, followed by seminars and music events.

In comparison, conventions and participatory sports events slightly lower value. In terms of traffic, social and food events see the highest number of visits from social media posts, followed by seminars, conferences and then entertainment events.

Eventbrite has processed nearly $3 billion in ticket sales in 187 countries worldwide. Since launching in Australia in 2012, it has hosted over 75,000 local events and recently opened an APAC office in Melbourne.