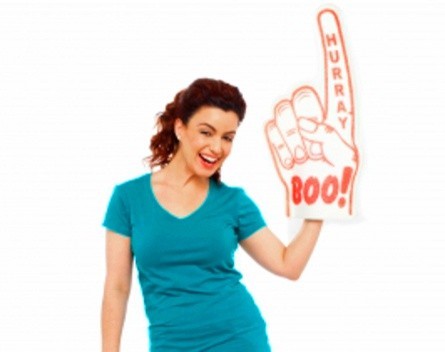 Every few years, a new management trend sweeps through MBA land. A recent example has been “net promoter scores”.

The idea is simple. It’s a measurement of how likely a company’s customers are to recommend a product or service to their friends and family.

In theory, it all makes sense. After all, part of the reason why Apple has been so successful is that its customers have been willing to evangelise the company’s products to their friends or relatives. Recommendations from friends and relatives are a powerful marketing force.

On the other hand, an unpopular organisation – for example, the local shire council in Parts Unknown – would get a very large negative net promoter score on account of all the people telling friends or relatives to avoid all dealings with them. Not that it’s stopped the developers – but that’s another issue!

In theory, it’s the kind of metric businesses should look at rather than just rewarding salespeople based on immediate sales.

However, while it works in theory, in practice it can fail – just like communism. Especially when it isn’t contained.

Especially in the tech world, where there have been countless products that have had legions of devoted, proselytising fans that nonetheless have gone under.

For example, if consumer evangelism was an accurate predictor of success, we would probably all be using desktop Linux or BeOS on Amiga Video Toasters who would still be making video game systems. Yet, despite thousands of loyal users incessantly telling everyone about the technical superiority of those platforms, where are they now?

Where it goes from “awry” to “absurd” is when it’s used to measure the wrong things. For example, just the other day, Old Taskmaster got a text message from the utility company asking: “Taskmaster, we’d value your feedback based on your experience paying your most recent bill. Based on your re-experience [sic], how likely would you be to recommend [the company] to your friends and family?”

Old Taskmaster’s head shook upon reading that one. Seriously, what in blue blazes do they expect the answer to be?!

“Why, yes, handing over my hard-earned cash to your bloated, bureaucratic joke of an organisation – generally referred to as a ‘catastrophe’ – was a truly magical, whimsical and nearly transcendent experience. I never felt quite so alive as I did that day I hit ‘three’ for existing accounts on your automated phone billing system for the seventh time after listening to an instrumental muzak cover of Electric Blue by Icehouse on a loop for half an hour while on hold!”

Or perhaps: “I really quite enjoy the thought of my friends and family taking it in turns to pay my utility bills. Unfortunately, they seem far less keen on the idea. As you will no doubt understand, usually a person asking their friends or relatives for assistance in paying bills is a sign that someone has fallen on hard times financially. That, or a they’re a cash scrounging moocher!”

The moral of the story is simple. By all means, check whether your customers would recommend your products and services to friends and relatives. But make sure you think through how you apply it first.