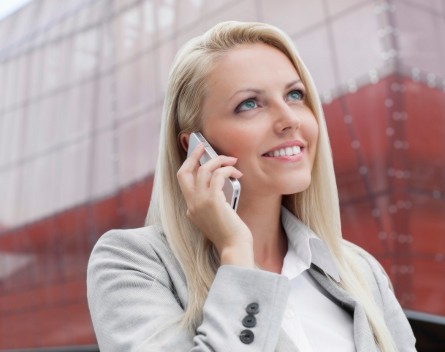 The solution may be surprising: soap-bubble like ads – that you can pop.

Dale Carr, CEO of Leadbolt, describes the business as an “app discovery, mobile advertising and monetisation platform”. Founded in 2010, the company now serves 5 billion ads a month across 65,000 apps in 150 countries.

“When we first came into the industry there were the heavyweights like Google,” he says. “They took the banners from the online space and transplanted them onto mobile and said, ‘Hey we’ve solved mobile advertising.’ We looked at it and said the whole point of mobile is to provide functionality that is different from a desktop.”

Carr says it is important advertisers take into consideration the strengths and weaknesses of a mobile platform, and recognise that what works on a desktop isn’t necessarily going to work on a smartphone.

He says if advertisers embrace mobile functionality, the experience is of a “higher value” to those using the application.

“When a little banner is displayed on the bottom [of the game] you get irate,” he says. “We have the floating ad which is like a soap bubble that floats across the screen. It looks graphically beautiful and if you click on it, it pops the bubble and takes you to another game.”

This “game within a game” approach has proven vital to Leadbolt’s success. The startup’s clients now range from eBay to major gaming companies.

“It’s a different way of doing things and because it’s immersive we’ve had a far better response than banners,” says Carr.

The business model revolves around Leadbolt managing the advertising and marketing space within the mobile application and then determining when to best place an ad and to whom.

They make their money from the difference between what the advertiser pays, and what the mobile developer is paid by them to show the ads on their apps.

Leadbolt has not received any external funding and recently launched their next generation mobile ad platform.

Carr says his key piece of advice is to those redeveloping their product from the ground-up is to be totally prepared and remain committed to what you set out to originally achieve.

“The biggest thing is to stay true to your vision,” he said. “A lot of people end up in a bad situation because they keep sticking on new functions and they don’t really know where they’re going.”

Carr says mobile functionality is the future of online advertising.

“We were the first guys to offer it,” he says. “Replication is the greatest form of flattery.”